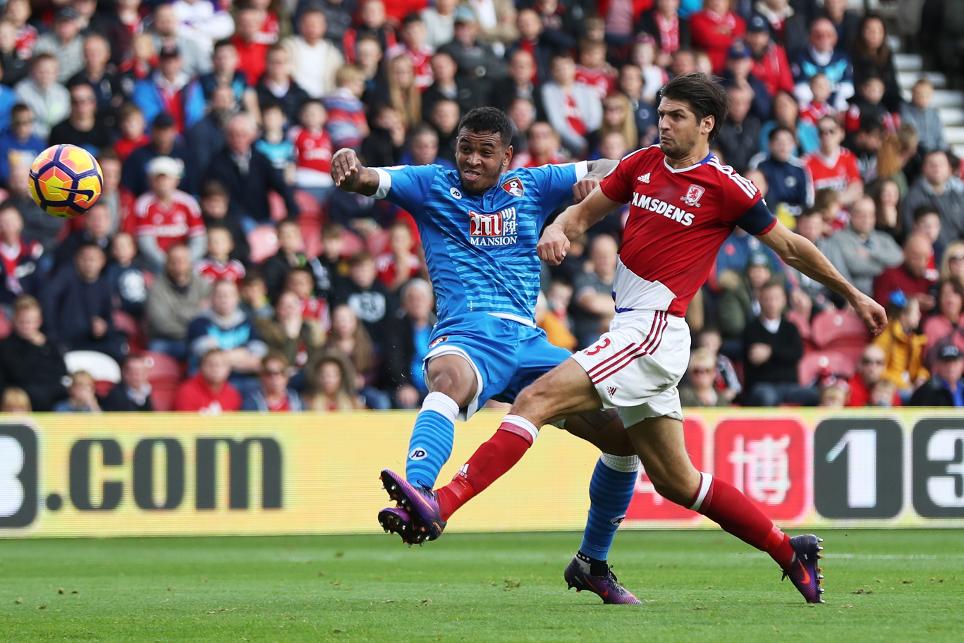 Howe: We weren't as we have been in recent weeks, that is hugely frustrating External Link

The Uruguayan fired the opener in the 2-0 victory, supplementing this with three successful tackles and seven recoveries.

Goalscorers Downing and Ramirez finished first and third in the ICT Index with scores of 11.9 and 8.8 respectively.

Downing netted with one of two efforts and produced eight crosses from the left wing, though only one was successful.

Ramirez recorded three attempts on goal, with two arriving from inside the box.

AFC Bournemouth’s Jack Wilshere (£5.9m) claimed second spot thanks to a haul of 9.8 in the Index.

The on-loan midfielder created six scoring chances for the Cherries and completed 31 passes in the final third – more than any other player in the Riverside Stadium encounter.

After deploying a 4-5-1 formation away to Arsenal last weekend, Karanka reverted to his preferred 4-2-3-1 set-up.

This allowed Downing to return to the starting XI, with Ramirez – utilised on the left flank against the Gunners – shifted into a central support role behind Alvaro Negredo (£6.4m).

Having collected a fifth yellow card of the season, Ramirez's progress is now stalled by a single-match suspension for the Gameweek 11 encounter with Manchester City.

Adama Traore (£4.8m) was named in the first XI for the second successive Premier League, stationed on the right flank.

He was somewhat starved of service on Saturday, receiving only nine passes in the final third. He did, however, complete four of six attempted dribbles.

Middlesbrough's recent resilience is now set to be tested, as they face Manchester City, Chelsea and Leicester City over the next three Gameweeks.

Eddie Howe's men produced 18 attempts to the hosts’ 11 but lacked a cutting edge and managed only two on target.

They have now failed to score in each of their last two fixtures, which coincides with the absence of Junior Stanislas (£5.6m) with a calf injury.

The right winger had produced three goals and as many assists in his previous three Premier League outings.