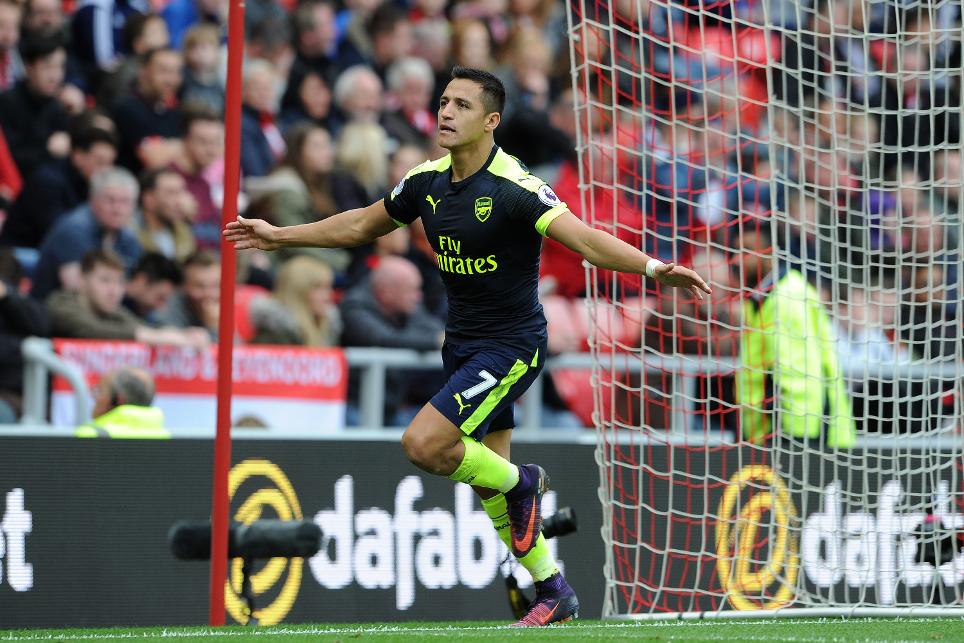 Relishing his striker role, Chilean the top-scoring FPL asset thanks to brace at Sunderland

Having been introduced from the bench, Olivier Giroud's (£8.8m) two goals with his first two touches claimed a score of 53 in the Bonus Points System, sealing an additional three points.

The Frenchman played only 12 minutes but, as an FPL forward, earned 48 BPS for his two goals, whereas Alexis Sanchez (£11.4m) generated 36 from his brace as a midfielder, earning 40 overall in the BPS.

Sanchez claimed the two bonus points, with Sunderland's goalscorer, Jermain Defoe (£7.3m), picking up the remaining single point with a score of 26 in the BPS.

Scoring the highest value for both Influence (71) and Threat (57), Sanchez topped the ICT Index at the Stadium of Light.

The Chilean converted both his chances from close range, recording three goal attempts in total.

He earned 15.4 in the Index and has scored 120.7 overall this season to share top spot for midfielders with Liverpool's Philippe Coutinho (£8.5m).

Mesut Ozil (£9.6m) recorded the highest score for Creativity in the Index on Wearside, earning 46 from three chances created and seven crosses.

The German also completed 15 passes in the final third. No other midfielder can match Ozil's 262 tally for the season.

Sanchez's brace took him to 70 points, making him the highest-scoring FPL asset.

Five of his six goals this season, and 45 of his 70 points, have come in away matches.

Despite Giroud's game-changing contribution from the bench, Sanchez would seem almost certain to retain the central-striker role for the Gameweek 11 derby with Tottenham Hotspur.

Defoe, who ended a three-Gameweek goal drought with a converted second-half penalty, has scored five of Sunderland's seven goals this season and, with his ownership rising again, faces the AFC Bournemouth and Hull City defences over the next two Gameweeks.