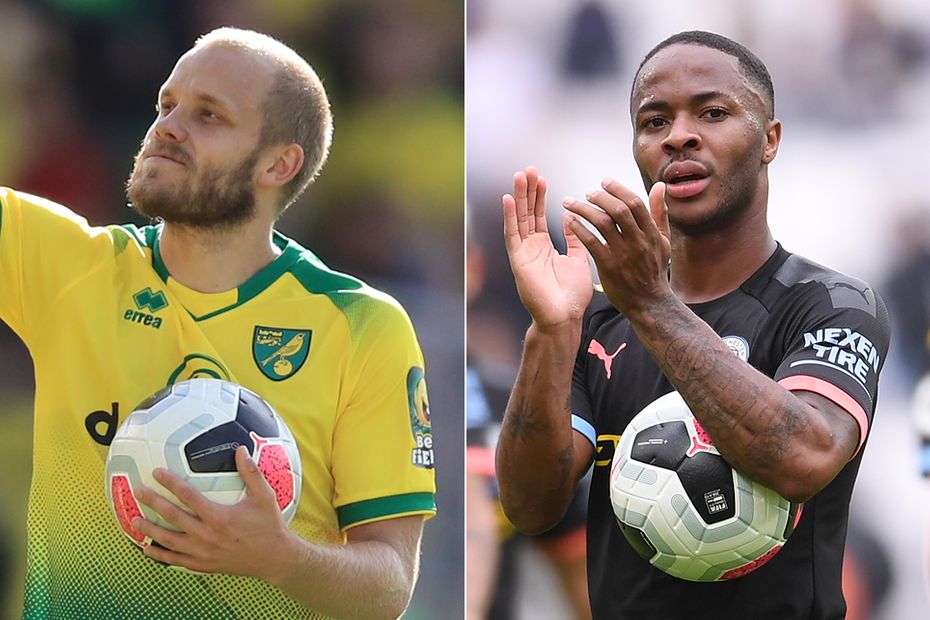 A new landmark will be set this weekend should the run of Premier League hat-tricks this season extend into a third Matchweek.

On the opening weekend, Raheem Sterling became the first player in nine years to score a hat-trick in the first round of Premier League fixtures, since Didier Drogba in August 2010.

Teemu Pukki then followed suit in the second round of matches, hitting a treble against Newcastle United.

The fact that Liverpool are facing Arsenal boosts the chances of history being made this weekend.

There have been six hat-tricks in the meetings between these sides, more than in any other fixture.

Elsewhere, Sterling could deliver the history-making hat-trick when he visits AFC Bournemouth on Sunday, given his treble against West Ham United came in his last away match.

And Pukki is on home turf again on Saturday against Chelsea, having taken the matchball away from Carrow Road last weekend.

Harry Kane will have been encouraged by Pukki's haul against Newcastle as he now prepares to take on the Magpies in north London, having scored twice in his last home outing against Aston Villa.