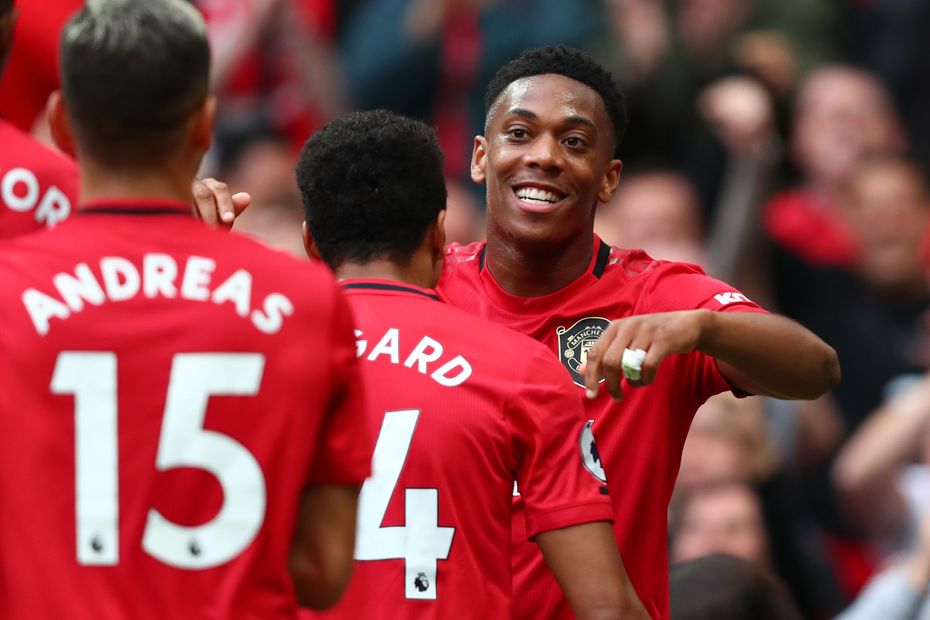 Frenchman has chance to emulate Yorke, Van Nistelrooy and Rooney as we look ahead to the weekend

Having scored in Manchester United's first two matches of the season, Anthony Martial will take on Crystal Palace on Saturday with the chance to match the feats of three of the club's greatest Premier League strikers.

For more on this and all the must-know stats for Matchweek 3, read on.

To check out the head-to-head records, click on the fixtures.

Everton have scored two or more goals in their last eight Premier League encounters with Aston Villa, netting 22 times in that run. It is their longest such scoring streak against a single team in the competition.

With four points from their first two matches, Brighton & Hove Albion have the chance to start a top-flight campaign with a three-match unbeaten run for the first time.

Martial could become the fourth player to score in each of Man Utd's first three matches of a Premier League campaign, after Dwight Yorke in 1999/00, Ruud van Nistelrooy in 2005/06 and Wayne Rooney in 2011/12.

Sheffield United are aiming to win a seventh match out of 11 at home in the Premier League (D2 L2) and to keep up their run of scoring in every match in that period.

Watford have five Premier League wins against West Ham United, their most against any club in the competition, but the Hammers have lost only two of their last 15 league trips to the Hornets (W9 D4).

No Premier League fixture has featured more goals than the 155 in 54 meetings between Liverpool and Arsenal. The fixture has also had the most hat-tricks in the competition, with six, scored by Robbie Fowler (twice), Thierry Henry, Peter Crouch, Andrey Arshavin and Roberto Firmino.

Newcastle United have 21 Premier League victories against Tottenham Hotspur. Only versus Aston Villa (22) have they enjoyed more in the competition. The Magpies' 73 goals against Spurs are their most against any PL club.

Wolverhampton Wanderers are undefeated in their last nine Premier League matches at Molineux (W6 D3). Their most recent longer unbeaten home run in the top flight was a 10-match streak in 1979.