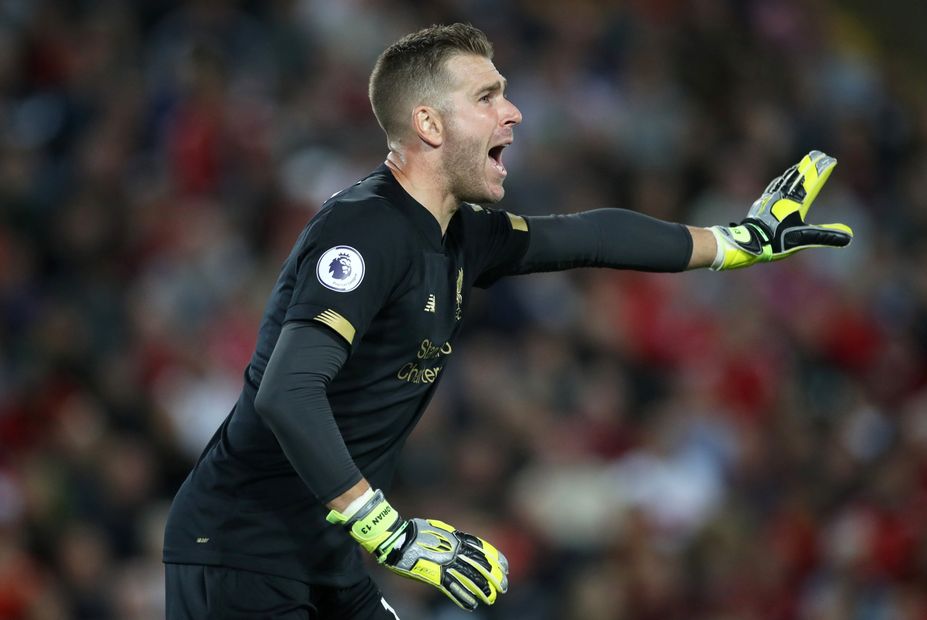 Jürgen Klopp: Adrian has impressed us from from day one External Link
How the FPL Bonus Points System works

Sales of Alisson (£6.0m) have escalated in Fantasy Premier League after he was ruled out with a calf injury.

The Brazilian was the most-selected goalkeeper for Gameweek 1 but was forced off during Liverpool's 4-1 win over Norwich City.

And with manager Jurgen Klopp confirming on Monday that Alisson will be "out for a while", a massive 628,000+ managers have already used their free transfer to move him on.

Switching to Alisson's deputy at Liverpool, Adrian (£4.5m), can save managers £1.5m, and more than 85,000 have brought the Spaniard in ahead of his Gameweek 2 trip to Southampton.

But Ederson (£6.0m) is proving the most popular replacement. The Manchester City stopper has earned 275,000+ transfers in for his home clash with Tottenham Hotspur.

The Scout's panel of experts discuss how Alisson's owners should react.

Ben Crabtree (@FC_CrabDogg): Given you're already using a Liverpool slot on a keeper, moving to the generously-priced Adrian makes sense.

Holly Shand (@FFCommunity_): It's worth considering David De Gea (£5.5m). The Manchester United defence have a clean sheet already, and a good run of fixtures. He could perform to his 2017/18 levels this season.

Lee Bonfield (@FPLFamily): If you need the £1.5m, go for Adrian. Otherwise move to Ederson. Outside of those two, Aston Villa looked reasonably solid until the last 10 to 15 minutes, when their back four ran out of gas against Tottenham Hotspur. Tom Heaton (£4.5m) looks a solid choice, especially as Villa's fixtures look very favourable, with only Arsenal away between now and Gameweek 9 to put us off.

Sam Bonfield (@FPLFamily): The obvious answer is to move for Adrian. He is an experienced Premier League 'keeper with a good defence in front of him. But he hasn't been at Liverpool long and the lack of an established relationship with his defence would concern me slightly. I would be tempted to take him alongside another solid £4.5m goalkeeper such as Mat Ryan or Nick Pope. Heaton (£4.5m) and Lukasz Fabianski (£5.0m) have strong upcoming fixtures too.

Mark McGettigan (@FPLGeneral): Ederson is where I'd go but, for those wanting to downgrade, I like Heaton for the next eight Gameweeks. I can see him getting his fair share of clean sheets.

Lots of things to learn from the weekend but also so much to be proud of, including this from @TomHeatonGK...#MondayMotivation #AVFC pic.twitter.com/0ZwQLU9qNU

Neal Thurman (@nealjthurman): The obvious replacement is Adrian given the relatively light schedule for Liverpool. But Bernd Leno (£5.0m) also looks a strong Gameweek 2 choice, at home against Burnley, and Ryan is a good budget replacement.

Tom (@WGTA_FPL): I'd now be considering swapping Alisson for a £4.5m candidate to maximise flexibility going forward. But I can understand why many have gone for Ederson.

Ben McNair (@drbenmcnair): Heaton and Fabianski would make excellent stand-ins for those intent on bringing Alisson back in once fit. Both have favourable fixtures and excellent track records for accumulating points from saves.

Paul Gee (FPLPaulGee): If you are looking to downgrade to afford one of the big-hitters then maybe Heaton will be a good pick. I can see him getting a fair few clean sheets in the next two months.

Chuck Booth (@ChuckBoothSport): Looking at schedules, Ryan looks like one of the better Alisson replacements. That move allows you to save funds while not worrying about how much Alisson means to the Liverpool defence as you downgrade to Adrian. Ryan's only really bad game coming up is Man City in two weeks.