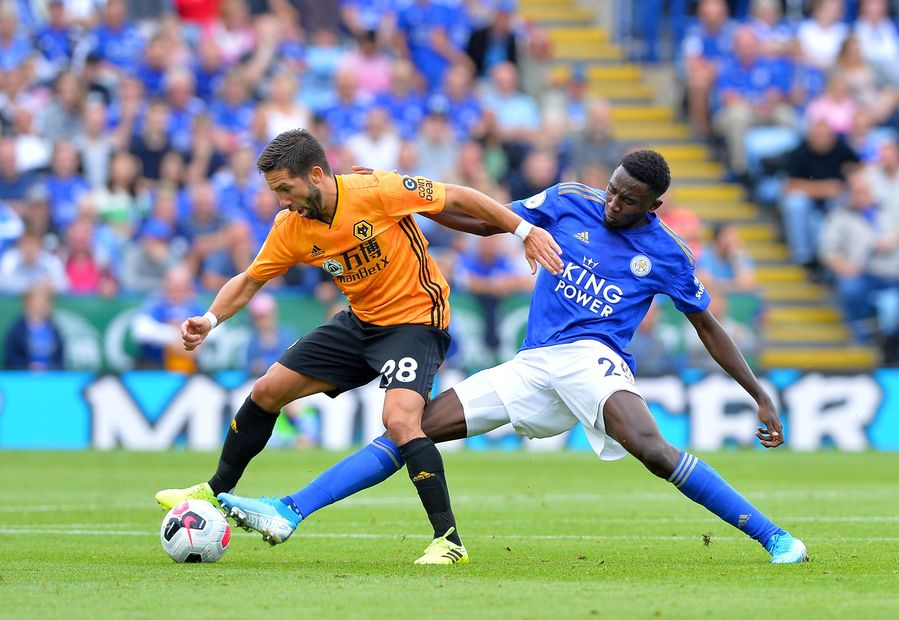 Leicester City and Wolverhampton Wanderers had to settle for a point apiece as they drew 0-0 at King Power Stadium.

The Foxes dominated possession during the first half, and came closest when Jamie Vardy failed to connect with Youri Tielemans’ cross inside the six-yard box.

Wolves thought they had taken the lead six minutes into the second half, but Leander Dendoncker’s strike was ruled out after video replays confirmed the original header from Dendoncker struck Willy Boly's arm before falling back to the Belgian.

Wolves' Raul Jimenez twice forced Kasper Schmeichel into saves during the second half, while Leicester substitute Harvey Barnes could not beat Rui Patricio from distance as neither team were able to break the deadlock.