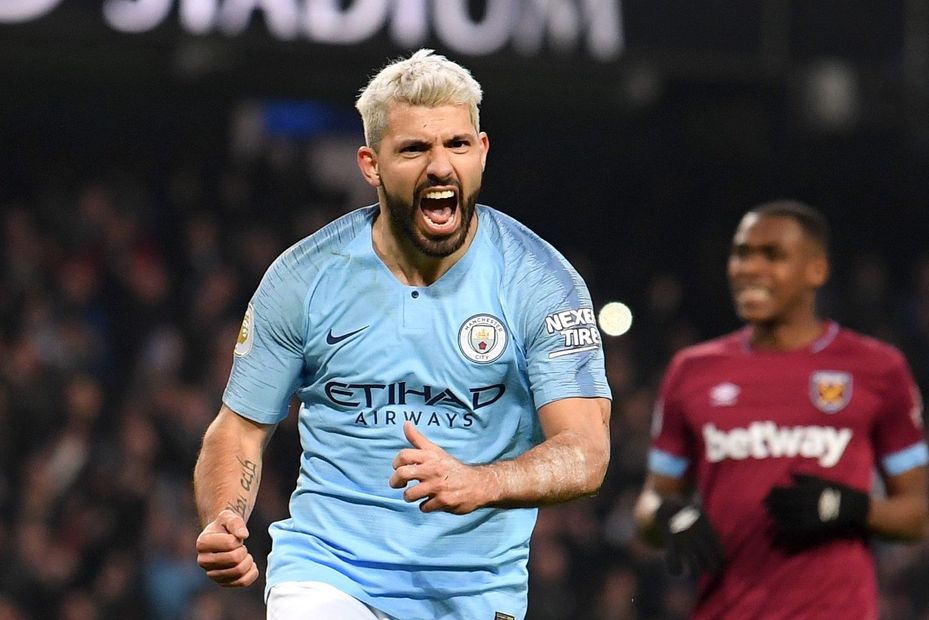 Guardiola: I know my players are hungry for more External Link
Shearer: Lethal Aguero the best of all-time
Guardiola chases century of wins in fastest time

As the 2019/20 Premier League kick-off approaches, we look at records that could be broken this season.

A host of deadly strikers have come from overseas to play in the Premier League and this season Sergio Aguero could become the most prolific of them all.

Thierry Henry holds the record as the top-scoring foreign player in the competition's history, having struck 175 times for Arsenal.

But Aguero is hot on the Frenchman's heels in second place, with 164 goals for Manchester City.

The Argentinian only needs 12 more goals to set a new mark and he has scored at least that number in every one of his eight Premier League seasons.

Indeed, he has registered a minimum of 20 goals in each of the last five campaigns.

Aguero could also set a record for the most Premier League hat-tricks, after claiming three last season.

The 31-year-old is now tied with Alan Shearer with 11 trebles and one more would take him clear of the competition's all-time record goalscorer.

Recent history suggests Aguero could achieve that feat early in the 2019/20 campaign.

In both of the last two seasons, he has scored a hat-trick in his opening five Premier League matches.

In 2017/18 he hit a treble in his fifth fixture, a 6-0 victory at Watford. Last term he did so in his second match, a 6-1 triumph against Huddersfield Town.

Aguero visits West Ham United on the opening weekend of 2019/20 and has struck seven goals in 13 Premier League appearances against them.

He has never hit a hat-trick against the Hammers but can draw encouragement from Man City's last visit to London Stadium, as Pep Guardiola's side won 4-0 in November 2018.