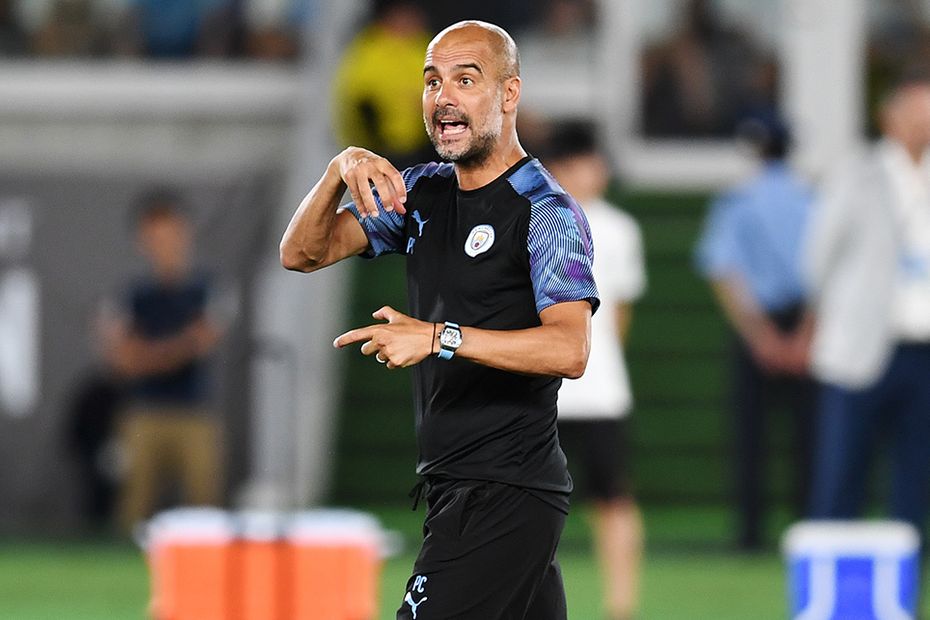 Guardiola: I know my players are hungry for more External Link
Set-piece strength can help Man City to treble
Aguero sets sights on two records in 2019/20

Pep Guardiola can make history this season and become only the second manager after Sir Alex Ferguson to win three Premier League titles in a row.

But before May comes around Guardiola is on course to become an outright record holder of his own.

Heading into his fourth campaign, the Spaniard has taken charge of 114 matches in the Premier League and won 87 of them.

It means he is only 13 away from 100 victories in the competition and is fast approaching a mark set by another three-time champion.

Jose Mourinho is the fastest manager to reach 100 having taken 142 matches to do so.

But if Guardiola keeps up his rate of winning, he will take only another 17 matches, and 131 in total, to reach the century.

So, with that in mind, who are Manchester City's 17th opponents of the season?

That would be Arsenal, who host the reigning champions on 14 December at Emirates Stadium.