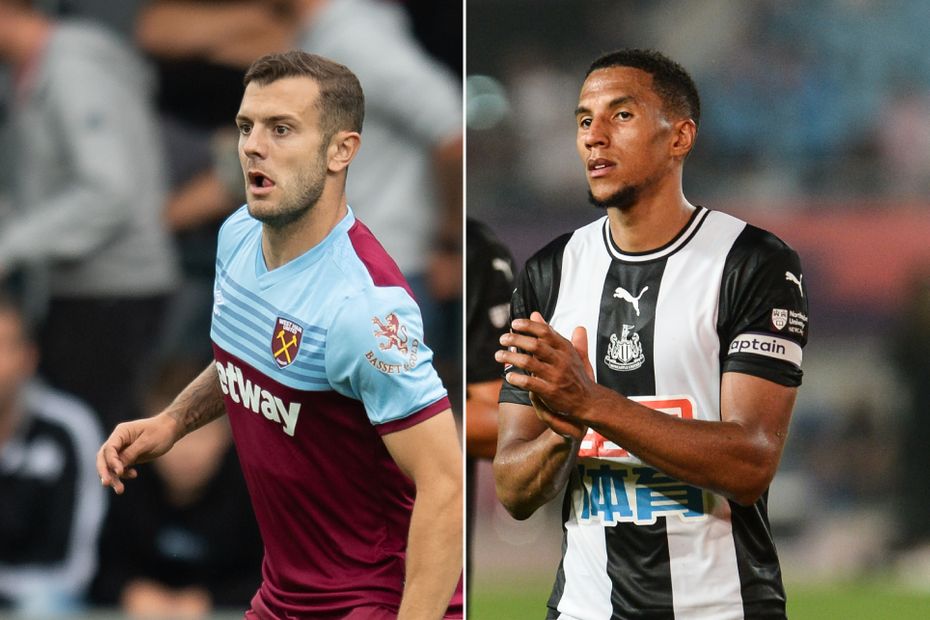 Jack Wilshere is ready for a battle with his former Arsenal team-mate Isaac Hayden at the Premier League Asia Trophy as he seeks to secure a place in West Ham United’s midfield.

Wilshere, who joined the Hammers last summer, was restricted to only eight Premier League appearances in 2018/19 due to injury.

He is eager to impress manager Manuel Pellegrini in Saturday’s third/fourth-place playoff against Steve Bruce’s Newcastle United in Shanghai, China, but is aware that Hayden is standing in his way.

"I trained with him a lot and came through the system with him at Arsenal," Wilshere told West Ham's official website.

"He was just about to break into the first team and then he picked up a freak injury.

"He's a difficult person to play against and likes to put his foot in. I'm sure he will do so again, even if it's pre-season.

"It's nice being back around the team and away with them here in China.

"There is a lot of quality in this team, especially in the midfield area, so it's down to us as individuals to show the manager in training and in games that we should be playing."

Wilshere has been a popular figure among local fans during the Asia Trophy and has been struck by the generosity and warm welcome afforded him by the locals.

"I've been to China before and the people and the fans have always been good to me," he said.

"They've been giving me gifts for me and my children and I'm very grateful for that."