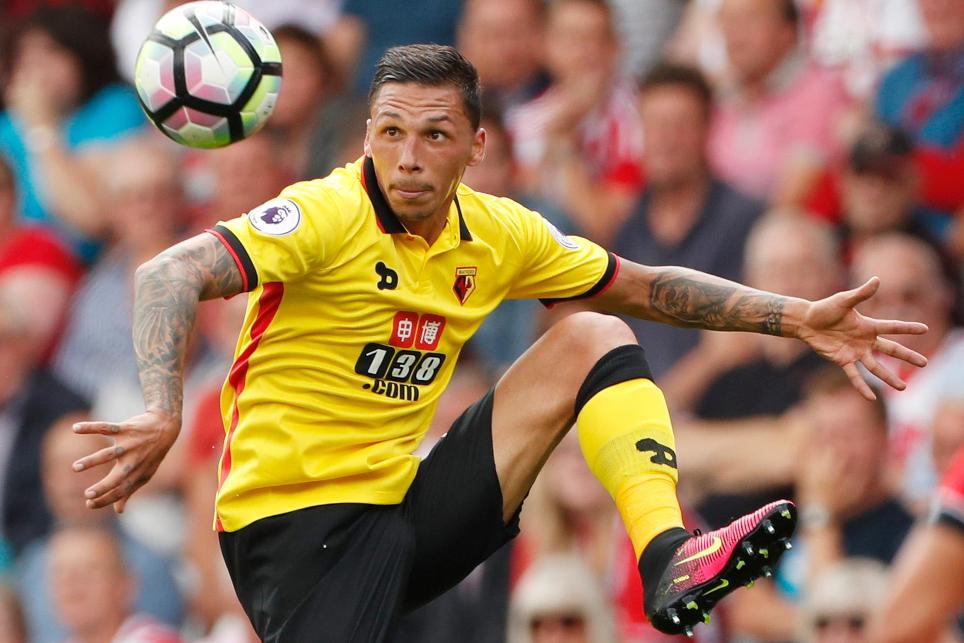 With 27 points in his last three Gameweeks, The Scout backs Watford defender to deliver again against Hull

Mazzarri: All The Teams Have Become Much Stronger External Link

Thanks to a blossoming run of form Watford's Jose Holebas (£4.7m) has emerged as a key Fantasy Premier League target in recent weeks, earning him a surge in ownership and a £0.2m price rise.

Attacking potential, coupled with a new level of resilience under Walter Mazzarri, has helped the left-back claim 27 points in the previous three Gameweeks and he is well placed to maintain that rate in Saturday's visit of Hull City.

Watford welcome Hull to Vicarage Road on the back of consecutive clean sheets against Middlesbrough and Swansea City against a side who have scored once in their past three Premier League fixtures.

Hull's attacking prospects were dealt a further blow when Robert Snodgrass (£5.7m) was ruled out for up to four weeks with an ankle injury.

Sitting in only 5.5% of FPL squads, Holebas boasts a considerable threat going forward.

Often used as a wing-back by Mazzarri, Holebas's forays down the left means he is ranked the fourth-top defender for touches in the final third (209) and completed dribbles (14) in 2016/17.

As a result, Holebas leads all FPL defenders for goal attempts (13) and shots on target (five), scoring twice in the first nine Gameweeks.

Dead-ball responsibilities contribute to his crosses, with Holebas sharing corner-kick duties with Etienne Capoue (£5.2m), while also providing deliveries from free-kicks near the penalty area.

Of all Watford's players Holebas is second only to Odion Ighalo (£7.2m) for goal attempts (13 to 20) as they face a defence that has conceded 12 times in four away matches.

In addition, Mike Phelan’s team have allowed their opponents the most attempts on goal per match (21.6).

Holebas could be due another big points haul in Gameweek 10.