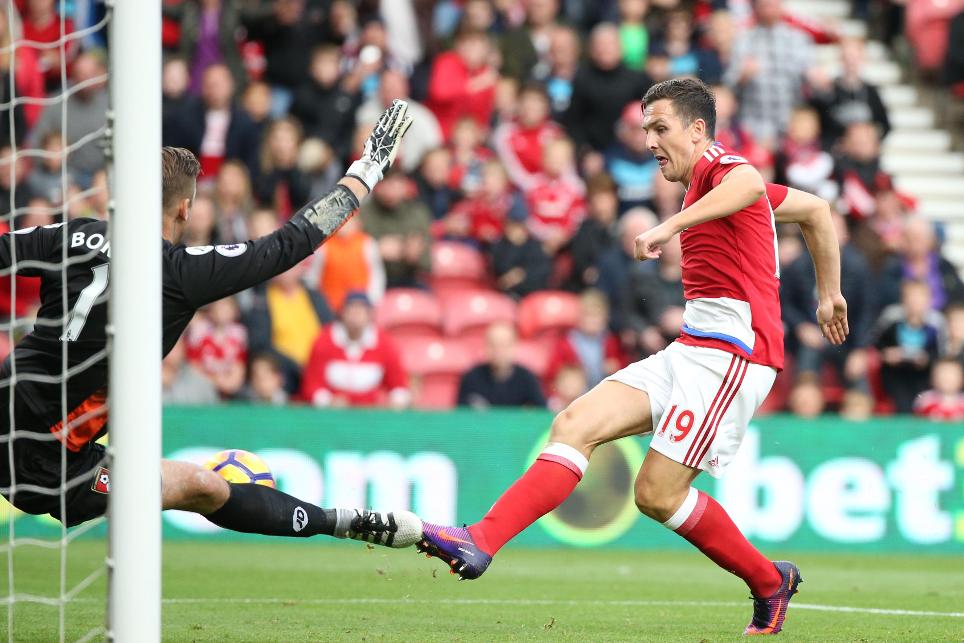 Middlesbrough secured their first home win of the season as goals from Gaston Ramirez and Stewart Downing saw off AFC Bournemouth.

Ramirez opened the scoring six minutes before half-time, finishing low with his right foot after a run from the halfway line.

Downing doubled Boro's advantage on 56 minutes with his first Premier League goal for the club since May 2008, finishing off a headed knockdown by Alvaro Negredo.

Middlesbrough climb to 13th, two points behind their opponents, who remain 10th.