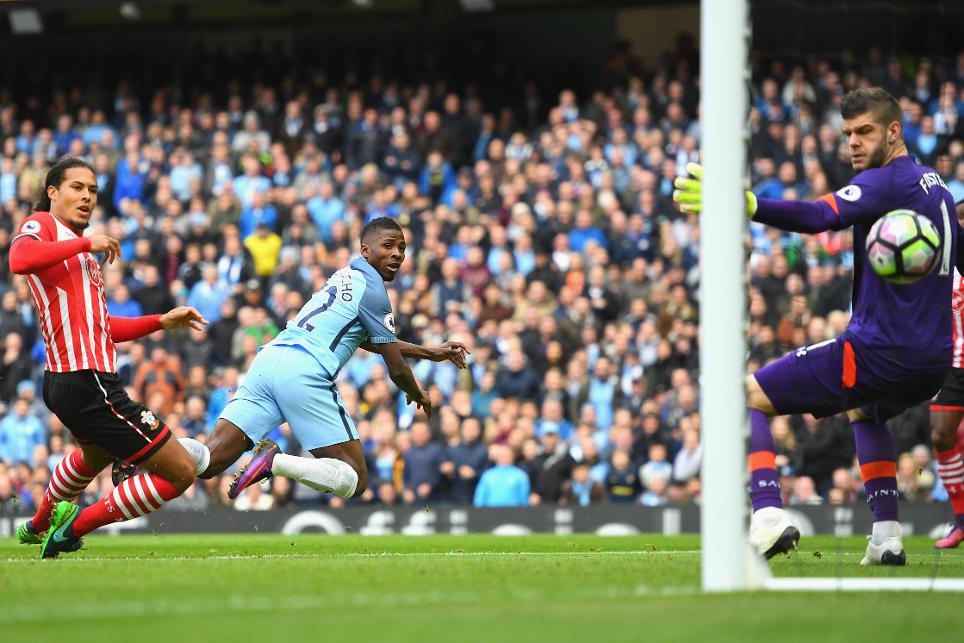 Guardiola: We are together External Link

The forward's equaliser was enough to earn 27 in the BPS.

Iheanacho also topped the ICT Index with an overall score of 12.6.

Notably, he registered a considerably higher Threat tally (71) than strike partner Sergio Aguero (£13.1m), who managed a score of 19.

That was Aguero's lowest Threat return of the season, highlighting an indifferent display on his recall to Pep Guardiola's starting line-up.

The Argentinian previously averaged 66 Threat with 4.7 attempts on goal per match this season but fired in three efforts on Sunday, missing the target each time.

Elsewhere, Redmond recorded 9.0 on the Index, with nine touches in the box, one goal attempt and one chance created.

Aguero has not scored in four of his last five league appearances following Sunday's one-point return.

He went into the Gameweek 9 fixture as the top-owned FPL asset, having been recruited into 44.1% of squads.

He was also backed by 21% of FPL managers with the captaincy - the top choice for the second successive Gameweek. He has returned a total of zero points over those two outings, having registered -1 against Everton.

Iheanacho is now four points behind Aguero, having played only 287 minutes and making three starts.

City have a promising run of fixtures to come, albeit three of them away from home - at West Bromwich Albion, Crystal Palace and Burnley. Middlesbrough are the next visitors to the Etihad Stadium.

Aguero, who has already lost nearly 30,000 FPL managers heading into Gameweek 10, will need to capitalise on that run in order to stave off further sales.

Elsewhere, Kevin De Bruyne (£10.7m) gave way to Iheanacho at half-time with a knock. At this stage, it is thought to be a minor injury, with the Belgian expected to be in contention for Gameweek 10.

At the back, Vincent Kompany (£5.9m) returned to make his first start Premier League start of the season.

That puts John Stones' (£5.0m) berth under increased threat, a concern for 26.3% of FPL managers who watched the defender's first-half error converted by Redmond.

Southampton continue to impress, and, in Redmond and Charlie Austin (£6.5m) - with four goals in his last five Gameweeks - they have two in-form attacking threats.

But the Saints' schedule does not encourage investment. A trip to Hull City is sandwiched between some tough St Mary's encounters, with Chelsea arriving in Gameweek 10 before Liverpool and Everton follow.