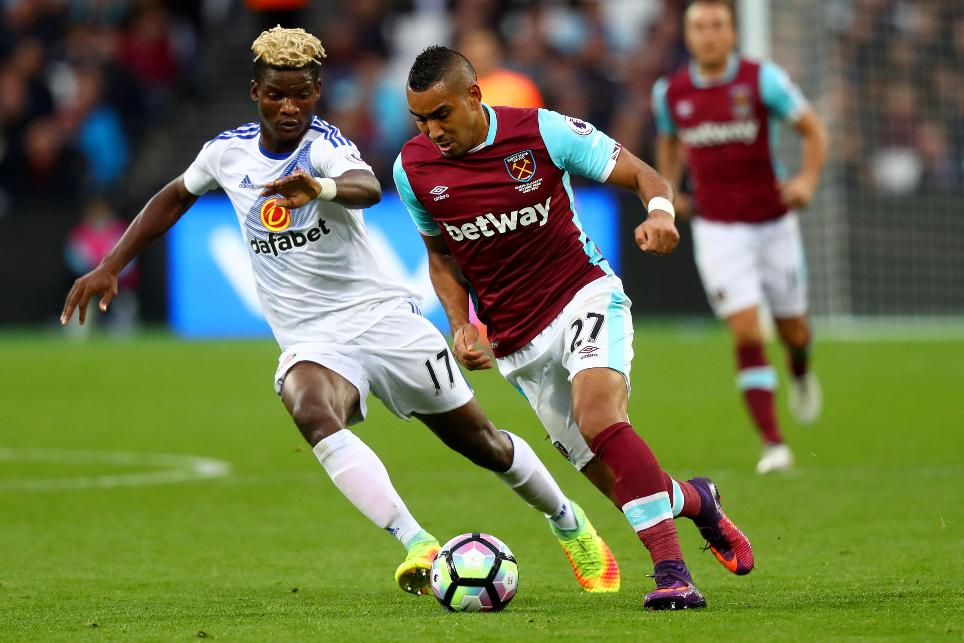 Directly involved in six of West Ham's seven goals since GW4, can the prolific Dimitri Payet keep it up?

Reid was awarded the three bonus points thanks to 87% pass completion and four recoveries, along with his goal and clean sheet.

The midfielder was again the creative fulcrum for the Hammers. He provided the assist for Reid’s goal and made seven key passes, while also completing six dribbles to claim a BPS score of 27.

Payet also topped the ICT Index at London Stadium thanks to a haul of 16.5.

The Frenchman’s ICT Creativity score of 96 was the highest tally in Gameweek 9. In addition to seven chances created, Payet completed 35 passes in the final third and attempted 14 crosses.

He supplemented this with three attempts on goal, with two arriving from inside the Sunderland penalty area.

Second only to Payet for successful passes (22) in the final third, he supplied two scoring chances and fired an attempt on goal.

The Hammers striker managed a Threat tally of 82, but struggled for accuracy – although four of his five efforts were from inside the box, he failed to register a single shot on target.

Payet’s assist means he has now been directly involved in six of West Ham’s seven goals since making his first start of the season in Gameweek 4.

But he may still struggle to attract FPL investors due to a tough forthcoming schedule.

The Hammers play four of their next six matches on the road, including trips to Tottenham Hotspur, Manchester United and Liverpool.

The third-most transferred out player in Gameweek 9, he was again deployed as a right wing-back and managed only a single attempt before being replaced on 62 minutes.

At the back, Reid has accrued 29 points over the last three Gameweeks, with the Hammers now posting back-to-back clean sheets since moving to a 3-4-2-1 formation.

Sunderland are still without a clean sheet this season, and with Arsenal, Liverpool and Leicester City to play over the next five Gameweeks, their continued prospects look bleak.

Jermain Defoe (£7.3m) has now failed to score in five of his last six appearances.

The Gameweek 10 home fixture with Arsenal will make it difficult to snap that run, as the Gunners’ defence has earned six clean sheets in seven matches across all competitions.

Although Saturday's fixture is followed by rather more appealing meetings with AFC Bournemouth and Hull City, Defoe's drought has already persuaded many to look elsewhere.

Zlatan Ibrahimovic (£11.3m) and Sergio Aguero (£13.1m) are the only forwards to lose more FPL owners since Saturday's deadline.