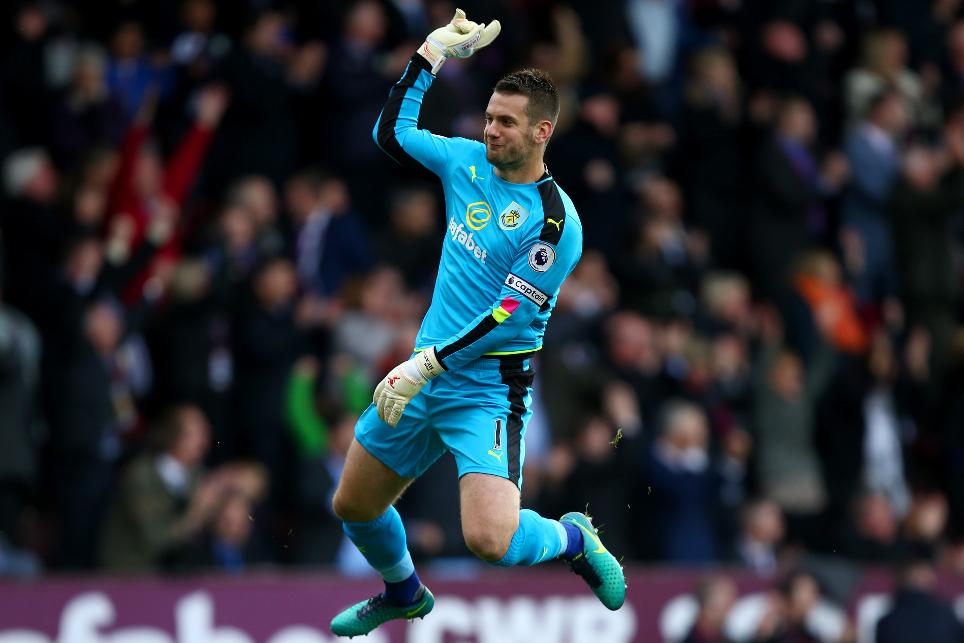 Why is Burnley's Tom Heaton the must-have FPL goalkeeper of 2016/17? The Scout reveals all

Tom Heaton’s (£4.6m) seven saves helped preserve a precious three points for Burnley, although it was the goalscorers who claimed the Fantasy Premier League bonus points in the Clarets' 2-1 triumph over Everton.

Handed a first start since Gameweek 5 in midfield, he fired the decisive goal and also chipped in with seven recoveries and six clearances, interceptions and blocks (CBI).

Everton’s Yannick Bolasie (£6.0m) was awarded two bonus points, with 29 in the BPS.

Sam Vokes (£6.0m) bagged a single bonus point thanks to a BPS score of 28. The striker opened the scoring and fired in two of Burnley's three attempts on target.

Handed a recall by Ronald Koeman, the winger registered five attempts on goal, with three of those arriving from inside the Burnley penalty area. He also mirrored Bolasie’s trio of successful crosses.

Bolasie took the second spot in the Index with 12.0.

In a lively performance, he produced four attempts on goal and managed two efforts on target, scoring his first goal for the Toffees since arriving from Crystal Palace.

Burnley’s FPL assets continue to flourish at Turf Moor; their defenders have conceded only four goals in six home fixtures.

Heaton is key to that record. He has now made more saves (47) and returned more save points (12) than any other FPL goalkeeper.

The England international remains on top of the goalkeeper standings on 39 points.

Michael Keane (£4.9m) was also a key figure in Saturday’s victory. The centre-back's total of 25 CBI was eight more than any defender in Gameweek 9.

In attack, Sean Dyche now faces a dilemma after Andre Gray (£6.2m) served out his four-match suspension at the weekend.

The Clarets manager has switched from 4-4-2 to 4-1-4-1 in the striker’s absence, with Vokes scoring in each of the last two Gameweeks.

For Everton, Bolasie’s nine-point haul represented his biggest return of the season.

The summer signing has now scored or assisted in four of the previous six Gameweeks, yet resides in only 5.3% of FPL squads.

Lukaku has shown even greater consistency under Koeman.

Owned by 28.8% of FPL managers, he has now produced returns in five of the last six Gameweeks, to maintain his standing as the second highest-scoring forward in the game on 55 points, behind Chelsea's Diego Costa (£10.3m, 57).