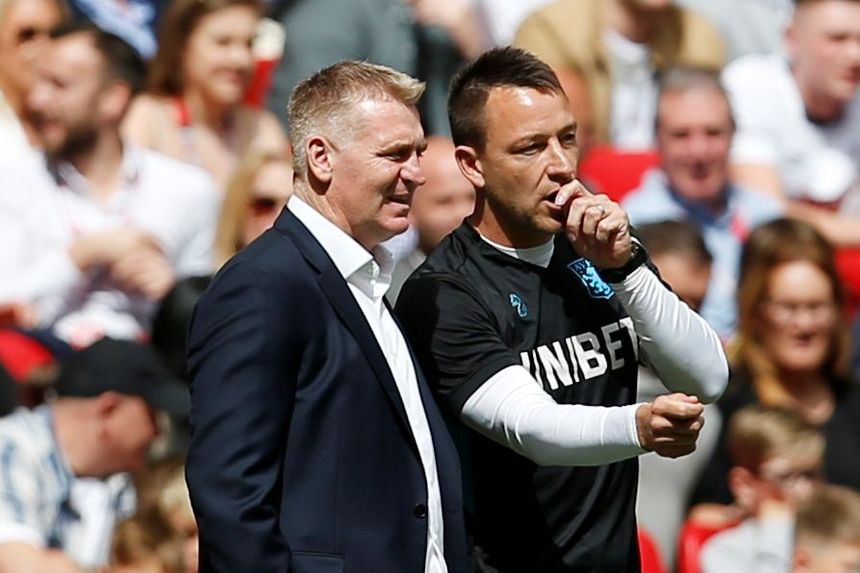 When Aston Villa make their Premier League return on 10 August, Dean Smith may be a novice to the competition but the head coach can draw upon the experience of a five-time champion alongside him and someone he sees as a future Premier League boss.

John Terry made 492 appearances in 19 seasons with Chelsea before joining Villa for the 2017/18 season.

He was appointed assistant to Smith in October 2018 and last week signed an extension until 2021 after helping guide the club back to the top flight.

Smith is delighted Terry did so and sees a "top manager" in the making.

"I am really pleased that 'JT' has extended his current deal as he is a pleasure to work with," Smith told the club's official website.

"We have had a successful start to our Villa coaching careers and JT has been instrumental in joining myself, Richard O'Kelly and Neil Cutler.

"He has complemented the team that we have and I have no doubts he will go on to be a top manager in the years to come."

Aston Villa begin their 2019/20 campaign at Tottenham Hotspur and Smith is hoping for a continuation of the end-of-season form that earned them promotion via the playoffs.

"Our focus now is on the coming season and to try to continue the progress we have had in the past eight months," Smith said.