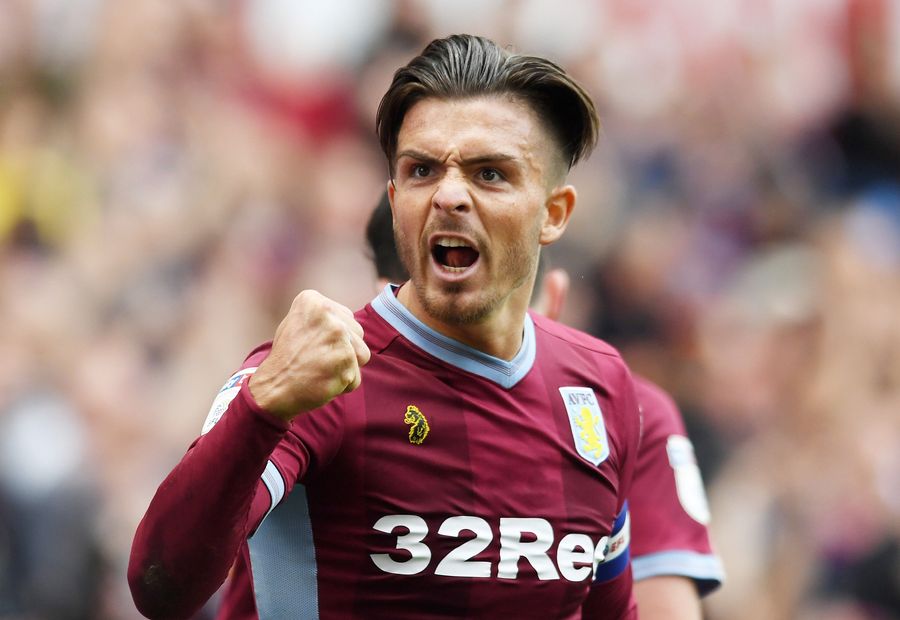 Villa have won three away openers in a row, including one in north London, as Adrian Clarke assesses their Matchweek 1 chances

Aston Villa have been handed a tough first match on their return to the Premier League but they should not be fazed by their trip to Tottenham Hotspur.

It is the sixth time in a row that Villa have started a Premier League campaign away from home and they have won each of the last three.

That includes a 3-1 victory in north London when they triumphed at Arsenal in 2013/14.

There will be a fascinating midfield battle in this match at Tottenham Hotspur Stadium.

Captain Grealish played in Villa’s 1-0 win at Spurs’ old ground, White Hart Lane, in April 2015 and will have license to roam all over the pitch.

But his base position is on the left side of Dean Smith’s midfield three, which would put him in direct opposition with the powerful Sissoko in Spurs’ central-right channel.

The contrast of Grealish’s guile and the physicality of Sissoko makes this match-up one to savour.

Can Villa retain their solidity?

Harry Kane has scored four goals in five starts against Aston Villa and will be the man the Championship playoff winners fear most.

This is especially true after the striker finally ended his August drought last season by scoring his first-ever PL goal in the month, at home to another promoted club in Fulham.

And Smith will need to work quickly on putting together a new backline to shackle Kane.

But while we do not know who will make up their defence, Smith organised his side superbly without the ball during the closing months of 2018/19.

They conceded only seven goals in their final 10 away matches and did not let in more than one in any of those contests.

Villa have become a tough nut to crack and this resilience will be needed on the opening weekend against the UEFA Champions League finalists.

The fixture list has thrown up a tricky looking August schedule for Mauricio Pochettino’s men.

They follow up their opener against Villa with a trip to champions Manchester City, a home match against Newcastle United and a short journey to Arsenal for the first north London derby.

Spurs lost matches away to Man City and Arsenal in 2018/19 so they will understand the importance of claiming three points on the opening weekend.

They will view their meeting with Villa as one they must win.