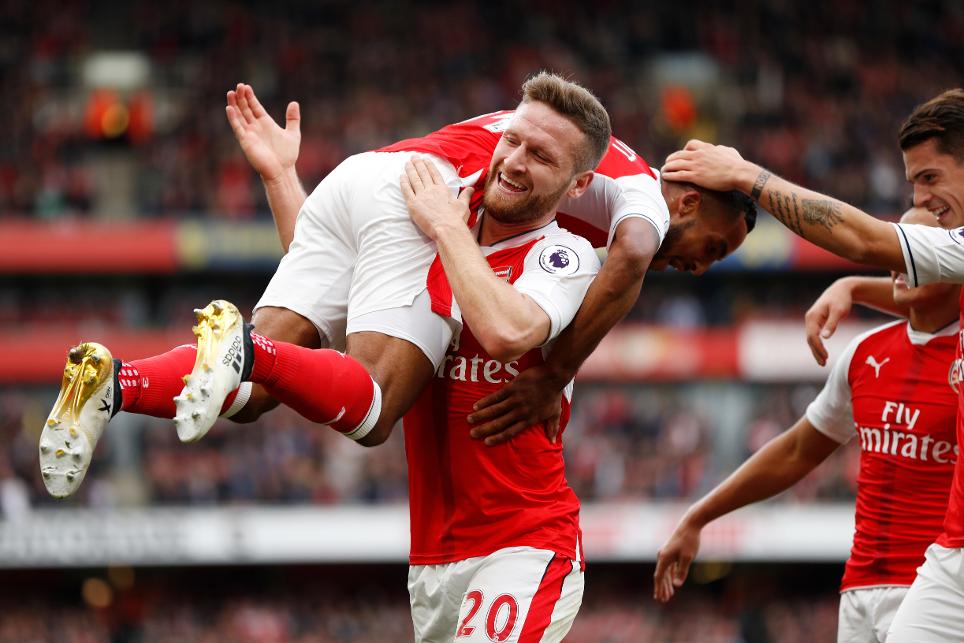 Arsenal defender has points potential at both ends of the pitch this weekend, says The Scout

After earning four points from their first three fixtures, Arsenal have climbed into second spot in the Premier League thanks to a run of five straight victories.

It is perhaps no surprise that the Gunners' recent improvement has coincided with the arrival of defender Shkodran Mustafi (£6.0m) from Valencia.

Arsene Wenger's side shipped five goals in the opening three matches but have conceded only four times in the last five with the Germany international alongside Laurent Koscielny (£6.3m) at centre-back.

Since Mustafi made his debut in Gameweek 4, the north London side have tightened up at the back, improving both the number of shots conceded (from 12.7 to 9.8) and efforts against inside the box (from 7.7 to 6.2) per match.

Assessing the statistics over that period, Mustafi's impact is obvious.

He has made more clearances, blocks and interceptions (47) than any team-mate and is also rated first for completed tackles, with 12.

These numbers should be of interest to Fantasy Premier League managers as they contribute towards a player's tally in the Bonus Points System, thus boosting their chances of collecting bonus points.

Further up the field, Mustafi is also hinting at the goal threat that saw him score six times over his last two La Liga campaigns.

A total of four attempts on goal inside the box (all from headers) is better than any Gunners defender and double the number of Koscielny, who has scored with both his efforts during that time.

The Frenchman has been subject to a price rise in three successive Gameweeks and sits in 14.7% of FPL squads.

But Mustafi is currently owned by only 1.3% as Wenger's side go up against Middlesbrough and Sunderland in the next two Gameweeks.

First up is a visit from a Boro side that have scored only seven times this term.

Aitor Karanka's men have registered just seven shots on target in the last four Gameweeks - less than any other side - and sit second-bottom for attempts on target, with 32 to Hull City's 27.

The visitors' aerial weakness could also play into Mustafi's hands.

Bearing in mind that only three teams have conceded more headed efforts (20) than the Teesside team in 2016/17, his prospect of FPL points at both ends of the pitch looks promising.