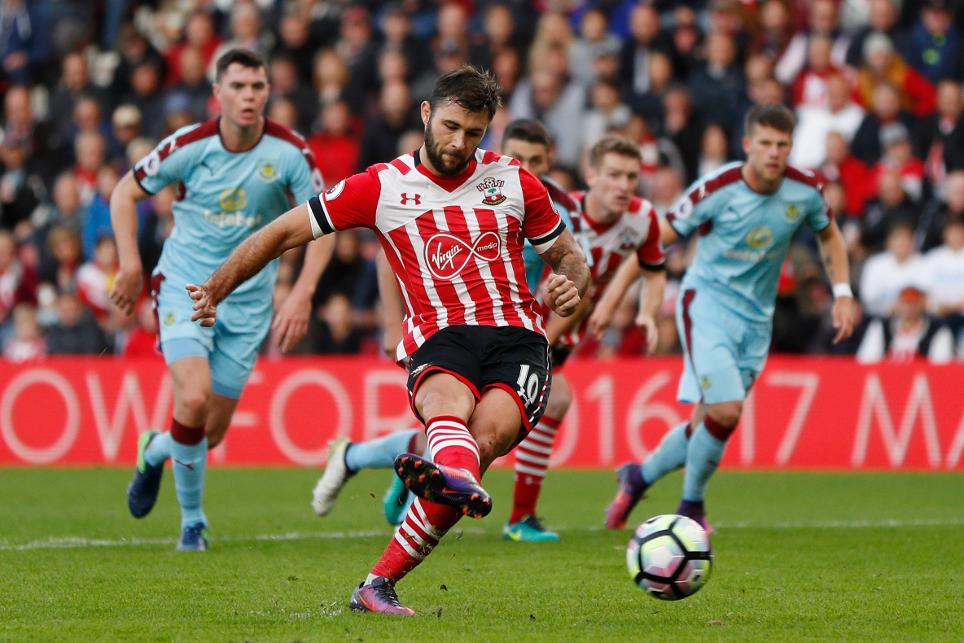 Daniel Eagle likes to take a risk when it comes to his Fantasy Premier League captaincy.

He had gone against the grain to profit from Romelu Lukaku's (£9.5m) recent hauls in Gameweeks 4 and 5 and, back on the opening weekend of the season, looked to Southampton's Shane Long (£6.1m) with Watford at St Mary's.

Even so, the decision to revisit the Saints for Gameweek 8 and offer the armband to Charlie Austin (£6.4m) was gutsy.

To then back that hunch with the triple-captain chip can only be described as a masterstroke.

Daniel was one of just 282 FPL managers to capitalise on Austin's form to reap 39 points from a brace in Sunday's win over Burnley.

But his foresight with initial squad selection is perhaps even more impressive.

While FPL managers are currently scrambling to acquire the services of a flying Theo Walcott (£7.8m), Daniel put faith in the Arsenal man from the get-go.

Walcott was settled in his Gameweek 1 line-up, along with team-mate Mesut Ozil (£9.5m) and Watford wing-back Jose Holebas (£4.5m).

Daniel's faith in that trio of assets paid off handsomely in Gameweek 8, as they combined to earn him another 38 points, on the way to a peerless total of 114.

The achievement was all the more extraordinary given that, going into Saturday's deadline, his squad was valued at just £96.1m, with £4.3m banked for a rainy day.

Having claimed the latest Manager of the Week crown, propelling Daniel to an impressive overall rank of 2,898, that rainy day may never arrive.

At the other end of the spectrum, spare a thought for Xavier Drouin's weekend.

Under normal circumstances Xavier's 55-point total, ranking him 352,164 for the Gameweek, would be credited as a huge success.

But when your reserve goalkeeper starts by saving two penalties at the Etihad Stadium, you know you may be about to suffer a Gameweek to forget.

Sunday applied more agony, as benchwarmers Holebas and Austin chipped in with 15 and 13 points respectively.

Those contributions, together with Maarten Stekelenburg’s (£5.1m) 17 points and six more from Chelsea's Nemanja Matic (£5.0m), ensured that Xavier had 51 points in reserve.

The tally matches Jacob Benzow's Gameweek 3 squad as the highest points total on the bench this season.