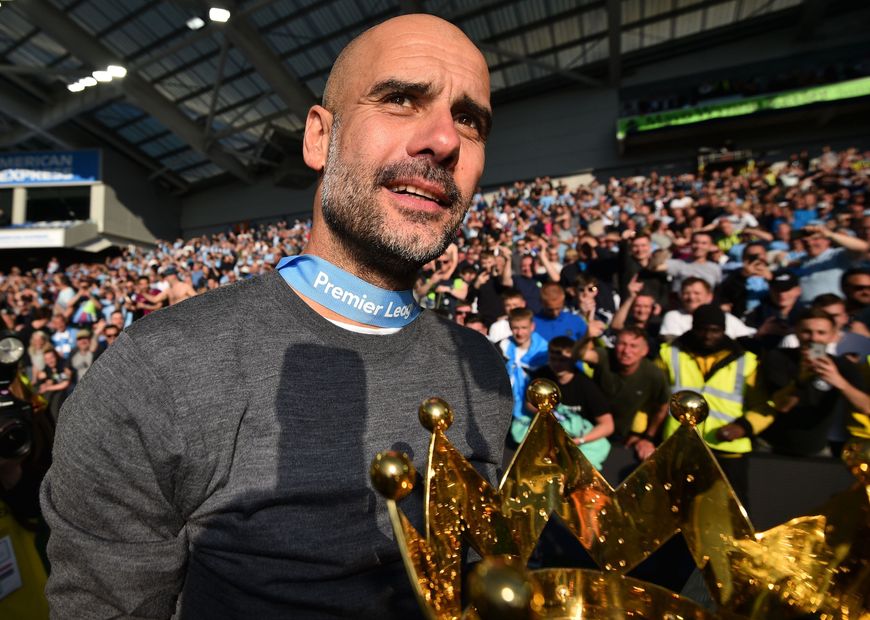 This season featured a thrilling and record-breaking title race as more goals flew in than in any previous campaign.

Manchester City defended their Premier League title after one of the most astonishing seasons in the history of English football.

Pep Guardiola's side won their last 14 matches to equal their 2017/18 record-breaking tally of 32 victories and finish with 98 points, just one ahead of Liverpool after a title race that went down to the very last match round.

"The fact we played these 14 games, knowing that if we lost or drew a game it would be difficult to retain the title, means a lot," said Guardiola. "It is incredible what this team has done over two seasons.

"At this high level, it is not just about mentality, skills, power or technique - it is a mix of everything. It doesn't matter what competition or what game, the players never gave up and that was the key point this season."

Guardiola's side were a joy to watch as the ever-clinical Sergio Agüero combined with the likes of Raheem Sterling and Bernardo Silva to help City fend off Jürgen Klopp's side, who became the first-ever team to reach 97 points in a Premier League season and not win the title.

195 combined points for Manchester City and Liverpool, a Premier League record for the champions and runners-up