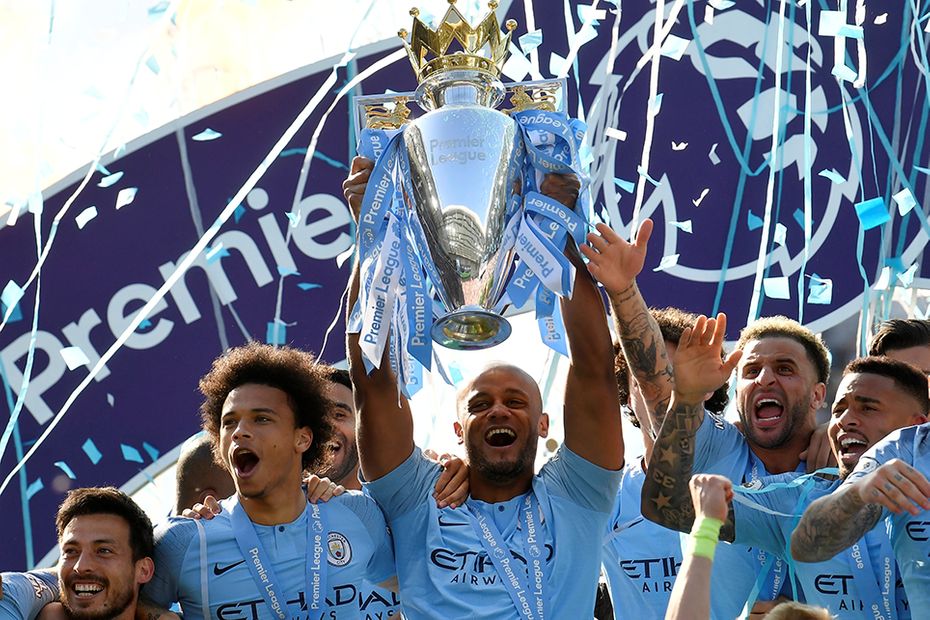 Pep: 'This was the toughest title I have won' External Link
Premier League Roll of Honour
Giggs: Man City can be one of the great PL teams

Vincent Kompany labelled his team's Premier League title on Sunday as his most satisfying title success.

The Manchester City captain lifted the Premier League Trophy for a fourth time as his side edged out Liverpool by a point in a thrilling race for the title.

After scoring the decisive goal in their previous match against Leicester City, Kompany played 86 minutes of City's 4-1 final-day win over Brighton & Hove Albion, which sealed a memorable season.

"It was the hardest and most satisfying Premier League title win ever," Kompany told City's official website.

"Liverpool were exceptional this year and I don't mean to rub it in - it is what it is - they didn't deserve to be second this year, but it only makes me that much more happy that we've been up against such a good team and when our backs were against the wall we kept finding the results.

"We won at the Etihad against Liverpool and that made the difference and once we got our noses in front, we were able to stay in front - I'm so happy for myself, the team and our fans."

Kompany added the success was made all the more sweet by the relentless manner that led them to the top.

"We had so many clean sheets in the run-in - it was ridiculous - and won our last 14 games.

"I'm so proud of the guys because when we had to dig deep and defend and win 1-0, we did it again and again."