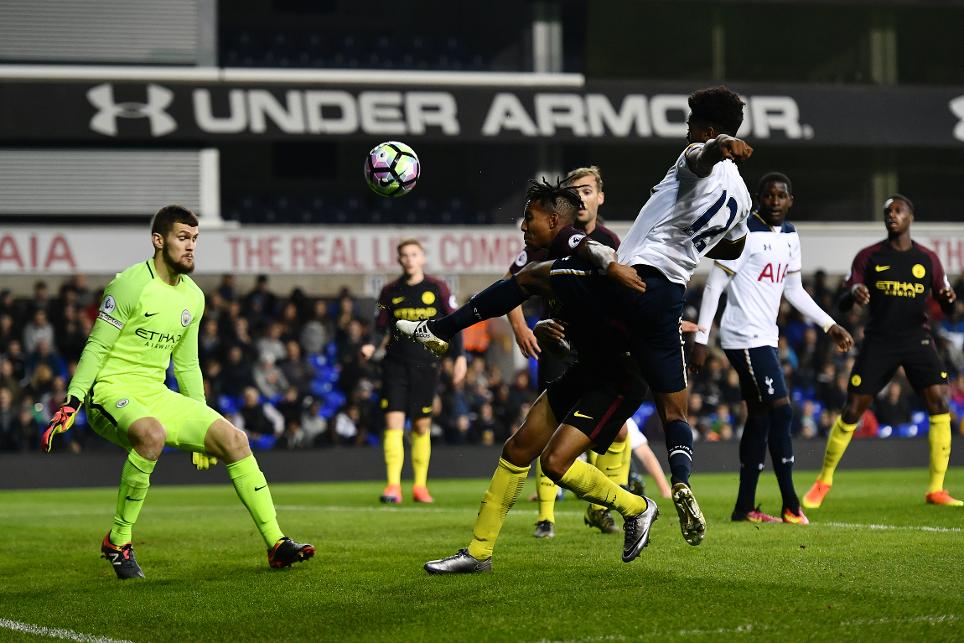 Manchester City rose to third in the Division 1 table with a 2-1 win over 10-man Tottenham Hotspur at White Hart Lane on Friday night.

Paolo Fernandes missed a chance to put City 2-0 up from the penalty spot but made amends after the break before Shiyon Harrison scored a consolation for Spurs.

REPORT: Read about a brave performance from our 10 men against @ManCity in the #PL2 at the Lane tonight - https://t.co/viYcvrP9kl #COYS pic.twitter.com/1Yvm9no4oX

Goals from @Javairojoreno and @FPaolo10 see #mcfc past @SpursOfficial in the #PL2!