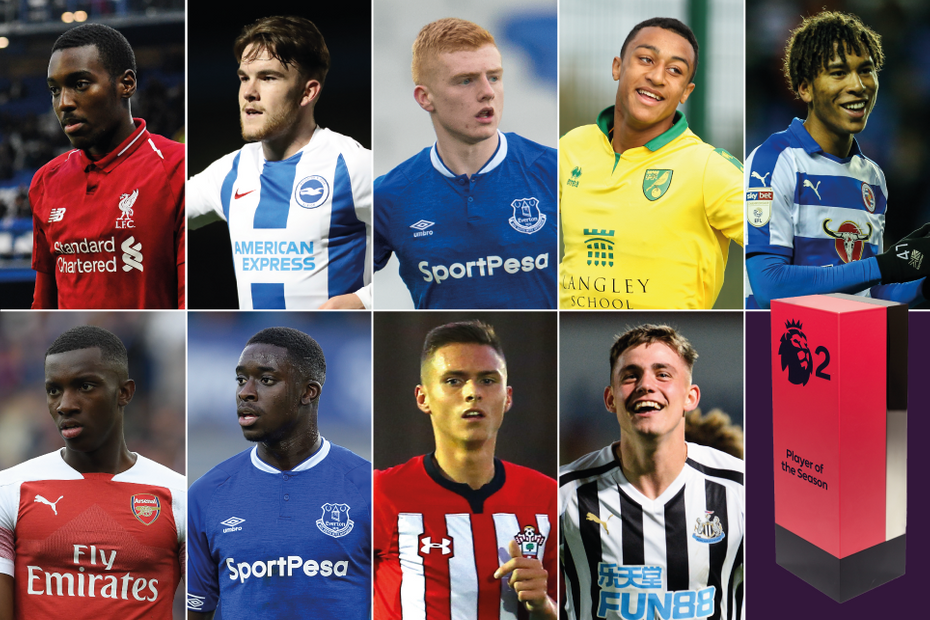 Nine players have been nominated for the Premier League 2 Player of the Season award.

The Premier League’s Football Development panel have selected the youngsters for their performances not only at youth level in competitions such as PL2, the PL Cup, the PL International Cup and the EFL Trophy, but also for their respective senior teams.

The 18-year-old Liverpool midfielder scored seven goals in 13 league matches and was rewarded with a substitute appearance in the Premier League against Crystal Palace.

The 19-year-old forward scored 11 goals for Brighton & Hove Albion as they finished third in PL2 Division 1, while he also netted five times in the EFL Trophy, before going out on loan to Luton Town.

The Everton defender, 20, was part of a backline that conceded just 14 goals, playing a pivotal role in the Toffees lifting the PL2 Division 1 title.

The 18-year-old striker was a standout performer for Norwich City, scoring 12 goals in PL2 Division 2.

Nominated for this award last season, the 19-year-old forward makes the shortlist again after nine goals in Division 1. Nketiah has made eight first-team appearances in all competitions as well.

The 21-year-old scored nine goals in a sensational season for Everton, who are looking to secure a league and cup double when they take on Newcastle United in the Premier League Cup final on Wednesday.

The 19-year-old midfielder has been an integral member of the Southampton side, making 20 league appearances for a team who will be promoted to Division 1 if they beat Newcastle in the Division 2 playoff final.

The Danish striker scored 20 goals in all competitions, helping Newcastle reach the Division 2 playoff final and the PL Cup final. The 19-year-old was rewarded with a new contract in January.

The winner will be announced on Thursday, 16 May.