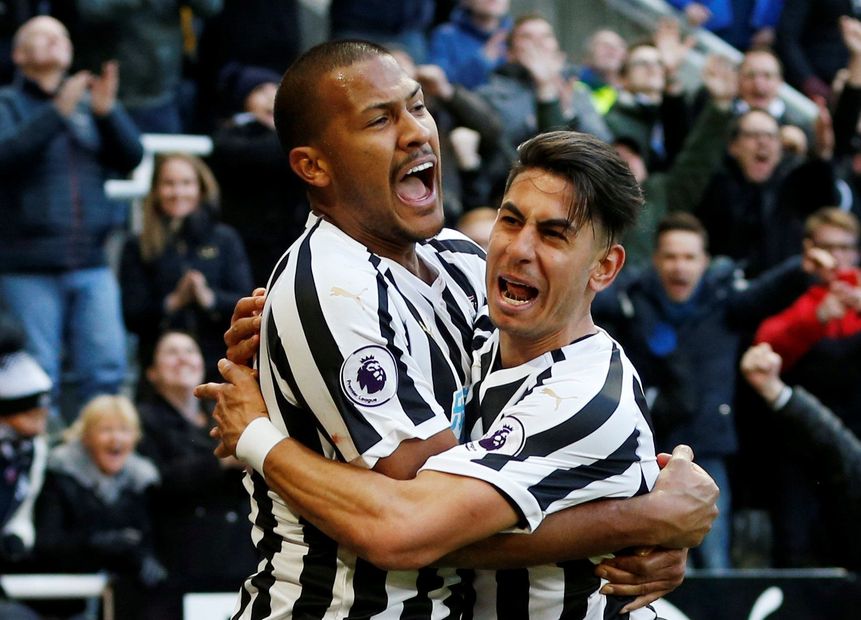 While Salomon Rondon's goal in the 2-3 defeat to Liverpool proved to be only a consolation, it did mean that Newcastle United achieved something they had not managed in a Premier League season since 2011/12.

For more on this and all the must-know stats for Matchweek 37, read on.

Seamus Coleman is the 20th player to score 20 Premier League goals for Everton, and the third defender to do so for the club after David Unsworth (33) and Leighton Baines (29).

At the age of 19 years and 351 days AFC Bournemouth goalkeeper Mark Travers became the first teenage goalkeeper to start a PL match since Joe Hart for Manchester City in October 2006.

Since the start of last season Marko Arnautovic has been directly involved in 30 PL goals, (scoring 20 and assisting 10). It is 14 more than any other West Ham player.

Wolverhampton Wanderers won 57 points this season, the most by a promoted side since Ipswich Town in 2000/01, when they racked up 66 points.

Crystal Palace striker Michy Batshuayi has ended on the winning side in all eight Premier League matches in which he has found the net; only Daniel Agger, with nine, and Chris Smalling, with 11, have scored in more matches with a 100 per cent record.

Rondon's goal took him to 10 in the Premier League this season. With Ayoze Perez having scored 11, it is the first time Newcastle have had two players reaching double figures in the competition since 2011/12 when Demba Ba got 16 and Papiss Cisse netted 13.

Huddersfield Town avoided defeat in a Premier League match in which they fell behind for the first time since drawing 1-1 at Burnley in October 2018, ending a run of 23 straight league losses when trailing at any stage.

Arsenal striker Pierre-Emerick Aubameyang is the sixth different player to score 20+ goals in a Premier League season for the club and the first since Alexis Sanchez in 2016/17.

Vincent Kompany scored his 20th goal in all competitions for Man City, with his long-range strike against Leicester City his first from outside the penalty area.