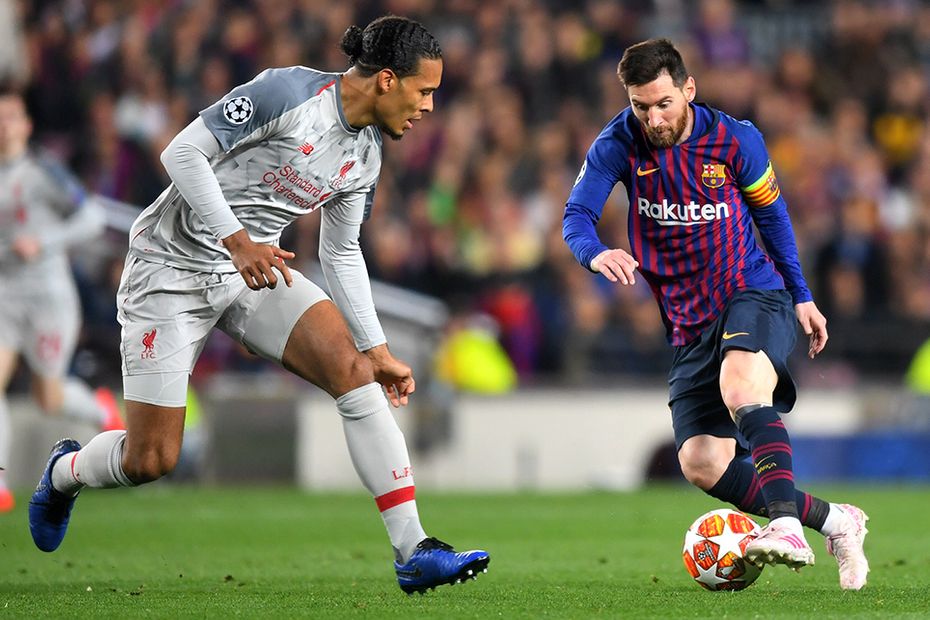 Liverpool manager Jurgen Klopp praised his side's performance in Barcelona despite a 3-0 defeat giving them an uphill struggle to make the UEFA Champions League final.

The Reds created chances to claim a precious away goal in the semi-final first leg at the Nou Camp through Sadio Mane and James Milner, while Mohamed Salah hit the post after Roberto Firmino's shot was cleared off the line.

But Barcelona produced a clinical display to take control of the tie, with former Liverpool striker Luis Suarez claiming the opener before Lionel Messi scored twice in the final 15 minutes, one of those goals being a stunning free-kick.

"Football is about scoring goals and they scored three, we scored none," Klopp said. "For me, it's very important how we played and I'm completely happy, I told the boys I'm proud of how we played.

"How we created those chances and caused them problems was outstanding. We controlled the game so well in the second half especially."

Liverpool will try to overcome the deficit in the second leg at Anfield next Tuesday.

They will renew their Premier League title challenge when they travel to Newcastle United at St James' Park on Saturday evening.

Arsenal and Chelsea are in UEFA Europa League semi-final action on Thursday night, when they take on Valencia and Eintracht Frankfurt respectively.