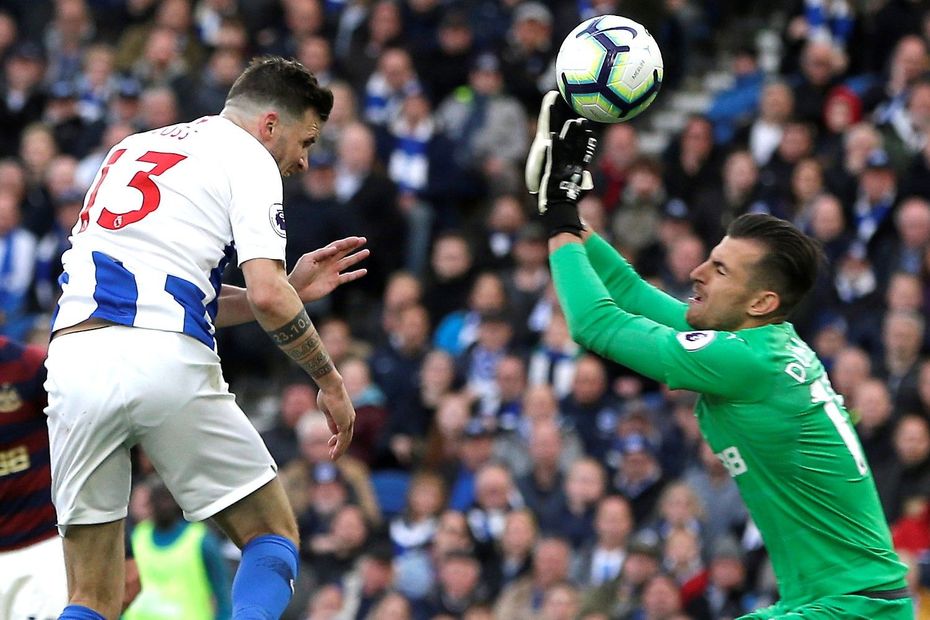 A late equaliser from Pascal Gross earned Brighton & Hove Albion a 1-1 draw at home to Newcastle United that has given Cardiff City a mountain to climb if they are to stay in the Premier League.

After Ayoze Perez had given Newcastle a first-half lead, Gross struck, nodding in Glenn Murray's header to score Brighton's first goal in 735 minutes in all competitions.

The result takes Brighton four points clear of Cardiff, who had lost 1-0 at Fulham earlier in the day.

With Cardiff's goal difference 14 worse than Brighton's, the Welsh side effectively need to win their two remaining matches of the season, at home to Crystal Palace and away to Manchester United.

They must also hope that Brighton lose both of theirs, away to Arsenal and at home to Manchester City, to stay up.