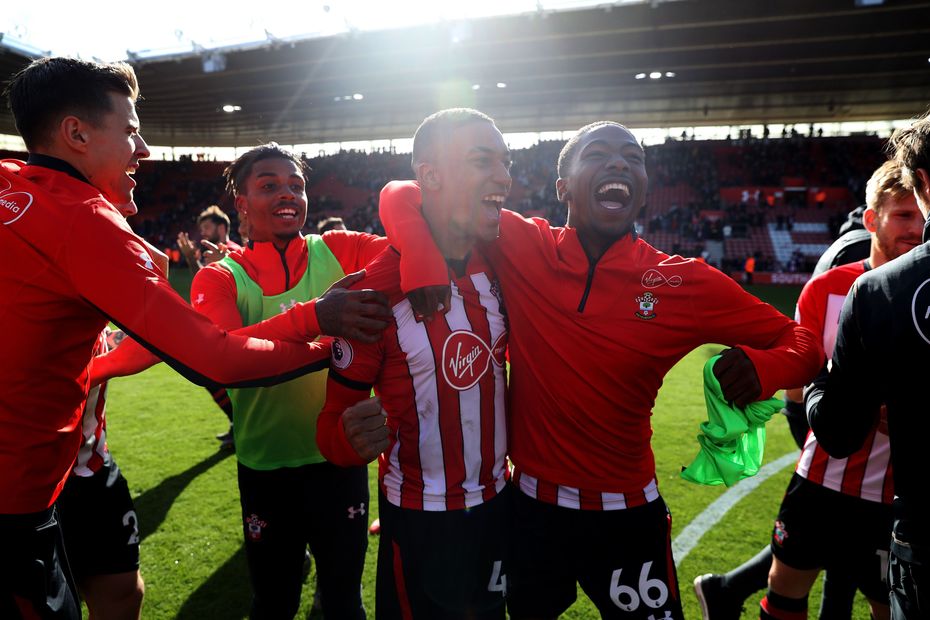 Matt Targett hits 1,000th goal of PL season in 3-3 draw as Saints stay up after Fulham's win over Cardiff

Southampton have confirmed their Premier League safety thanks to a 3-3 draw against AFC Bournemouth and Cardiff City's late 1-0 loss at Fulham.

But AFC Bournemouth turned the match on its head before half-time as Dan Gosling finished a fine counter-attack and Wilson pounced on a loose ball.

James Ward-Prowse's long-range strike levelled the match on 55 minutes, before Matt Targett headed in Yan Valery's cross for his first goal in the PL and the 1,000th in the competition this season.

But Wilson's second goal earned a draw for the Cherries, who move up to 13th on 42 points.

Southampton remain 16th, with 38 points, but are seven points above the relegation zone with two matches left.

Cardiff are four points below 17th-placed Brighton & Hove Albion, who went a big step towards securing their safety by drawing 1-1 with Newcastle United in the late match on Saturday.