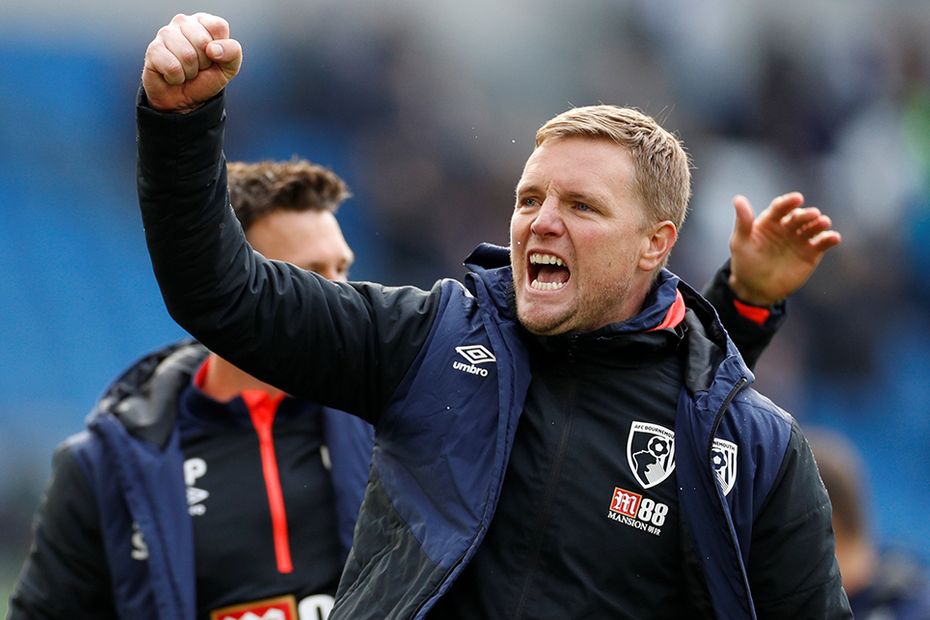 Ten years on, documentary 'Minus 17' celebrates revival from when club's existence was in doubt and Eddie Howe took over

'AFC Bournemouth fairytale all down to Eddie Howe'

AFC Bournemouth are an established Premier League club, with a brand of football that has provided entertainment for four seasons.

However, 10 years ago, the club's very existence was in doubt.

Ahead of the start of their 2008/09 campaign in League Two, AFC Bournemouth were deducted 17 points because of financial problems that threatened their future.

They were heading out of the Football League and were on their third manager of the season, a 31-year-old novice Eddie Howe, when, thanks to a monumental effort from the players and staff, they stayed up and kept the club alive.

The Cherries are celebrating the 10th anniversary of that "Great Escape" with a special documentary.

"Minus 17" speaks to the personalities involved, both on the pitch and behind the scenes, who provided the launchpad for the club's rapid rise to the Premier League.

"It’s very important we respect the ethics of that team which were hard work, character and the ability to bounce back from disappointments," Howe says.

"We have tried to keep those as hallmarks of our teams ever since."

You can watch the documentary for free by registering at afcb.tv.