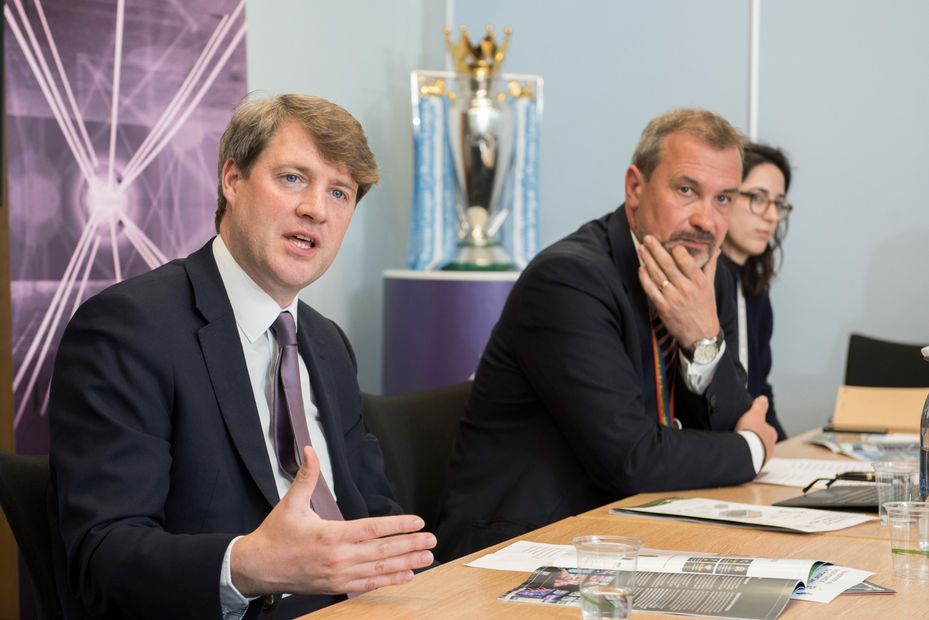 Premier League representatives this week met business minister Chris Skidmore MP and Tim Moss, chief executive of the UK Intellectual Property Office, to discuss the value of the League's intellectual property and the work undertaken to protect it.

The meeting comes as the Premier League today celebrates World IP Day, an annual campaign to encourage innovation and creativity in all areas.

This year's campaign focuses on the world of sports, exploring how innovation, creativity and the IP rights that protect them support the development of sport and its enjoyment around the world.

Figures revealed by EY's Economic and Social Impact Assessment show the broadcast rights exports of the Premier League to be £3.3billion for the 2016-2019 rights cycle.

This represents a substantial proportion of the UK’s total TV exports.

The strength of this broadcast offering, which is based on a committed global fanbase, is key to the League's success, and a significant anti-piracy programme has been implemented in a range of countries to protect the copyright of the League and its clubs.

The Premier League’s first international office has been opened in Singapore to provide a base for the Asia-Pacific region and has primarily been established to fight piracy of Premier League content and support broadcast partners.

In the UK, a High Court order was granted in July 2018, which has enabled the League to disrupt and block illegal streams of its content across the whole of the current season.

Some 175,000 illegal streams have been blocked in the UK as a result of this.

Speaking after the meeting, Tim Moss, pictured above left, CEO of The Intellectual Property Office, said: "The theme for World IP Day 2019 is sport.

"Intellectual property connects and supports every aspect of what sporting organisations are about – from trade marks and branding to broadcast rights and sponsorship deals.

"Premier League is a leading example of how considered protection of its intellectual property helps it compete successfully in the world arena."

Premier League Director of Legal Services Kevin Plumb said: "If there is one message I would like to get across to fans on World IP Day, it is that legitimate investment in the Premier League from the likes of Sky and BT in the UK, and rights holders across the world, underpins the ability of clubs to acquire and develop star players, build great stadiums and support the sport at all levels.

"If we don’t support IP, we risk the future of great sport and entertainment being produced in this country."