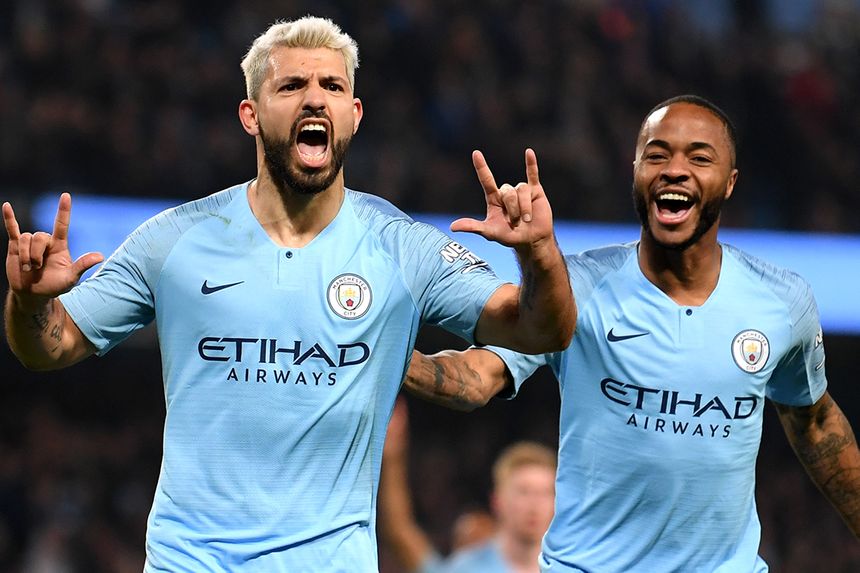 Pep: 'Now we must rest and stay calm' External Link

The race for the title could have a big influence on the choices of Fantasy Premier League captains in Gameweek 36.

The Liverpool pair of Mohamed Salah (£13.2m) and Sadio Mane (£10.0m) will be heavily backed at home to Huddersfield Town on Friday evening.

Aguero has a prolific record against Burnley, scoring eight times in six meetings across all competitions.

But he has struggled in front of goal recently, with just one goal and three assists in his last six matches.

Sterling, on the other hand, heads to Turf Moor in fine form.

He has five goals and an assist in his last five league fixtures.

Managers in need of a differential captain should consider Jamie Vardy (£9.0m) or Gerard Deulofeu (£5.6m).

Owned by 9.7 per cent, Vardy has four goals and 33 points in his last four appearances for Leicester City.

He comes up against an Arsenal defence with one away clean sheet all season.

Aleksandar Mitrovic (£6.3m) could also be a big success for Fulham at home to Cardiff City, having scored a goal and provided an assist in his last two matches.

Mitrovic has attempted 16 shots inside the penalty area in the last four Gameweeks, more than any other player.