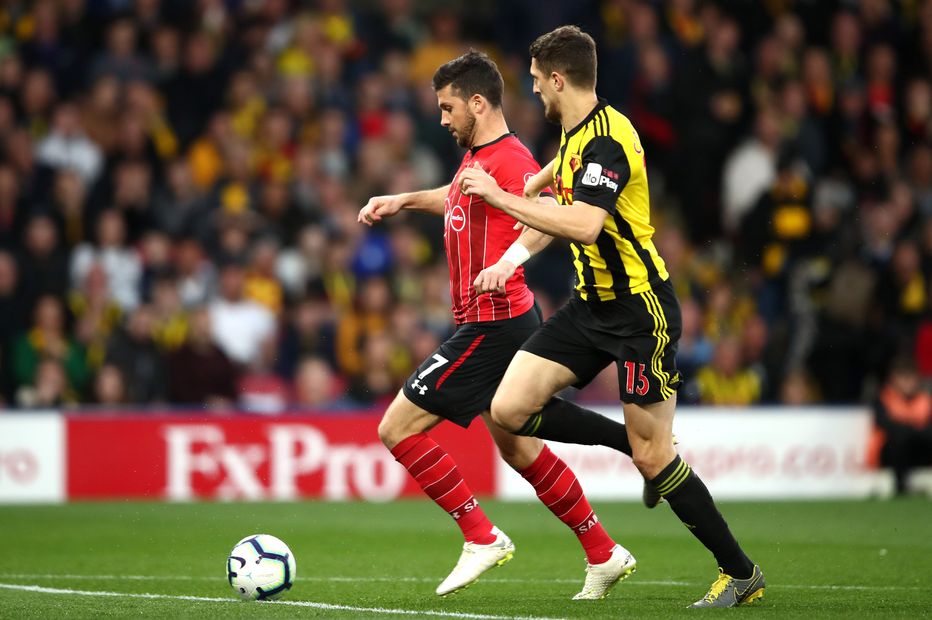 Andre Gray scored a late equaliser to cancel out the fastest goal in Premier League history as Watford claimed a 1-1 draw with Southampton.

Shane Long opened the scoring after only 7.69 seconds, charging down Craig Cathcart’s clearance and lifting the ball over Ben Foster.

It beat Ledley King’s record of 9.82 seconds for Tottenham Hotspur at Bradford City in 2000.

Saints could have gone further ahead but after Long missed two more chances and Ryan Bertrand hit a post, they were made to pay.

From Kiko Femenia's 90th-minute cross, the ball hit Daryl Janmaat and fell for Gray to level and move Watford back up to seventh place.

The point for Southampton means they are six points clear of third-from-bottom Cardiff City with three matches each remaining.