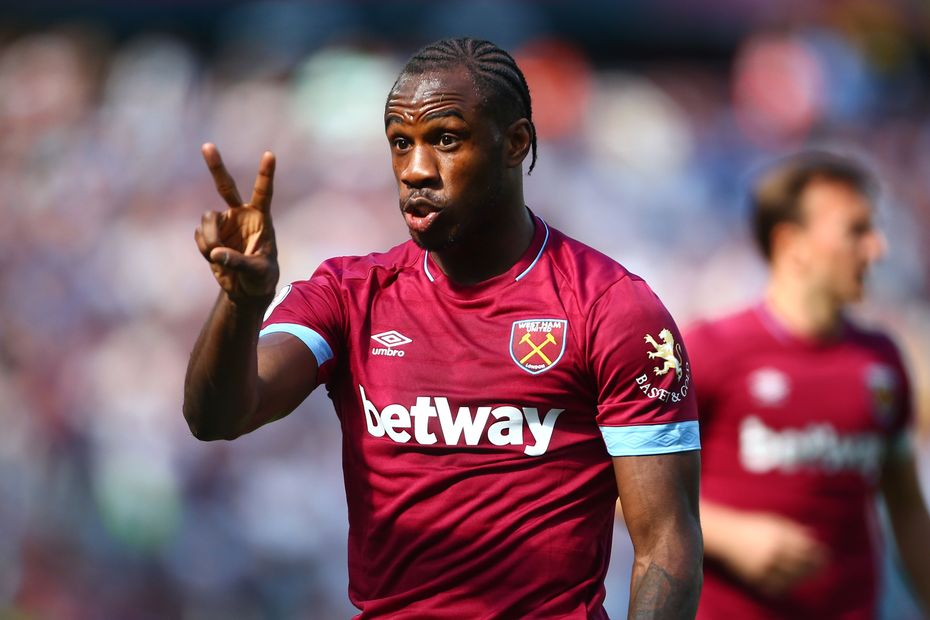 Pellegrini: We are conceding too many easy goals External Link

Perhaps Leicester City should have seen it coming but when Michail Antonio opened the scoring for West Ham United at the London Stadium on Saturday, it was no surprise it came via his head.

Antonio's goal from Mark Noble's cross made it seven of West Ham's last nine home goals coming from headers, with the other two coming from the penalty spot.

Lucas Perez broke the sequence in the second half, scoring from open play with his feet to make it 2-1 to West Ham before Leicester's late equaliser.

For Antonio, it was his 15th goal in the Premier League to be scored via his head, out of 25 in total.

"Nobes put a great ball in and I made a great run and it just ends up on my head, like I’ve got a magnet on there!" Antonio told West Ham's official website.

His headed-goal ratio of 60 per cent is the second-highest for players who have scored at least 25 times in the competition.

Only former Chelsea defender John Terry, who got 27 of his 41 PL goals with his head, has a higher ratio.

Up next for Antonio and West Ham is a trip to Tottenham Hotspur on 27 April.