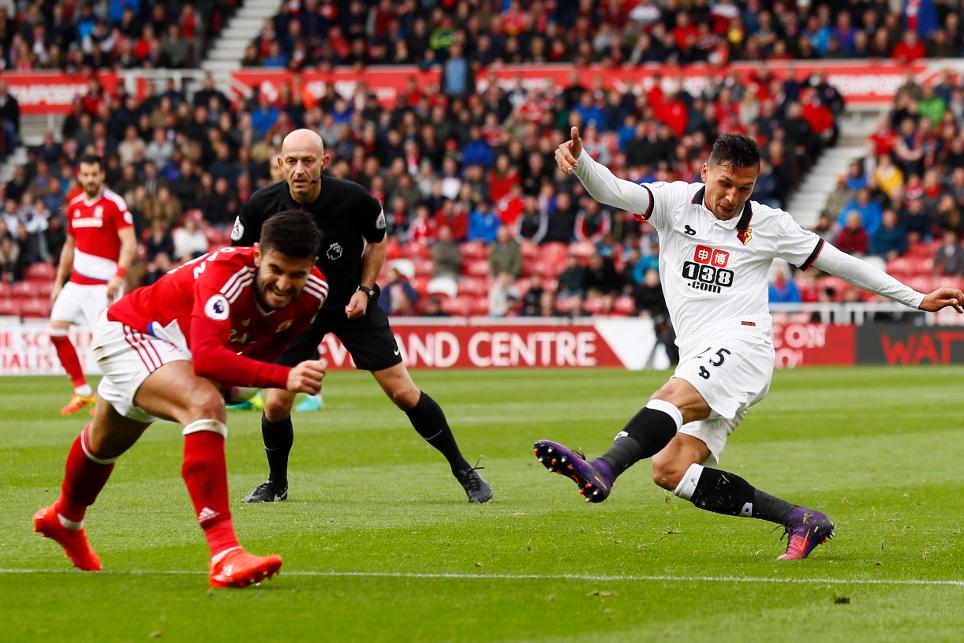 Defender's second-half goal gives Hornets victory over Middlesbrough, moving them into the top half of the table

Watford moved into ninth place in the Premier League table after Jose Holebas' superb strike gave them a hard-fought victory at Middlesbrough on Sunday afternoon.

The 32-year-old sealed victory in the 54th minute with a left-foot strike into the top corner from outside the penalty area after Middlesbrough could not clear their lines.

Goalmouth action was at a premium in the first half, Alvaro Negredo heading a Holebas free-kick just wide of his own goal while the Boro striker could not make clean contact when he was found at the back post by a Gaston Ramirez cross.

Nordin Amrabat's tackle denied Negredo at the start of the second half while Adam Forshaw fired wide for Boro from the edge of the area just before Holebas' winner.

Boro pressed for an equaliser as the clocked ticked down but could not break through Watford's rearguard meaning Aitor Karanka's side have now gone six league matches without victory.