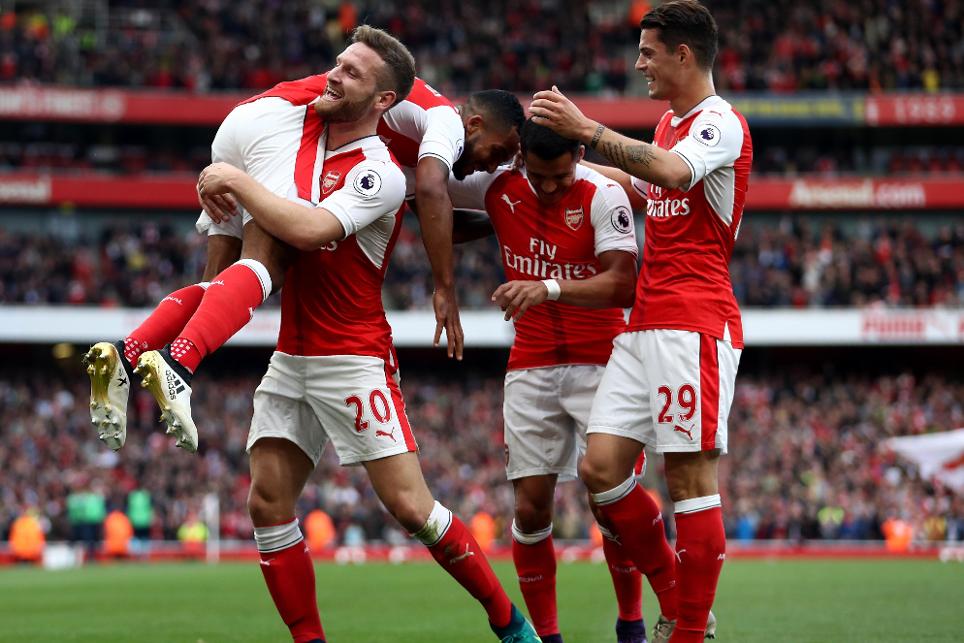 In his first match as Swansea manager Bob Bradley saw his side come close to extending their unbeaten to five visits to Emirates Stadium, but Arsenal survived Granit Xhaka's second-half red card and a late Welsh fightback.

The in-form Walcott got both goals from close-range finishes as he took advantage of hesitant Swansea defending.

Gylfi Sigurdsson gave Swansea hope before half-time with a curling shot after Xhaka had given away the ball.

After the break Mesut Ozil volleyed in Alexis Sanchez's pass to double Arsenal's lead. But Swansea were not finished, as Borja Baston's strike and Xhaka's sending-off for a foul on the impressive Modou Barrow ensured a nervy finish for the home fans.

Walcott almost sealed his hat-trick with a couple of late chances, but Arsenalheld on to sit joint-top of the table.