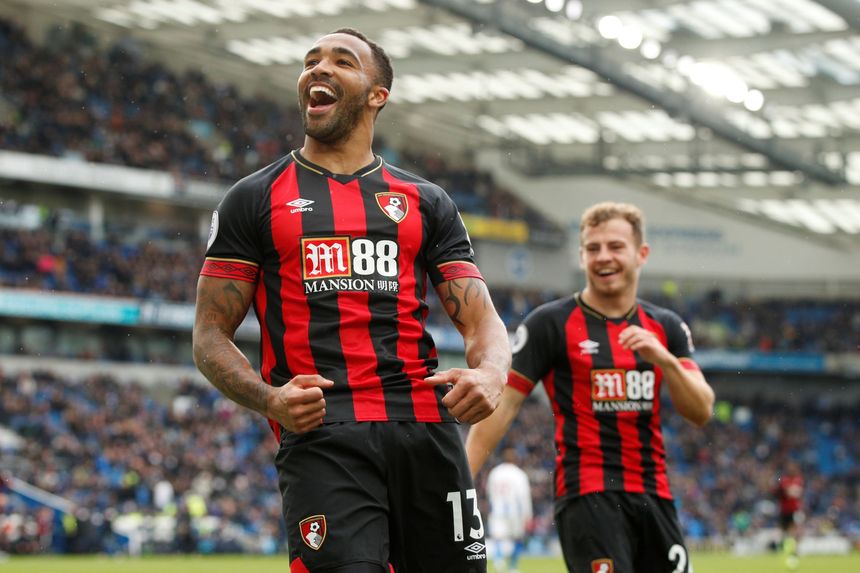 Gallery: Cherries claim huge away win External Link
What we learned in Matchweek 34

Fans of AFC Bournemouth and Fulham are likely to witness a high-scoring encounter at Vitality Stadium on Saturday, if the Cherries' results are anything to go by.

There have been more goals scored in matches involving Eddie Howe's side this season than any other team, making them the Premier League's great entertainers.

For more on this and all the must-know stats for Matchweek 35, read on.

Spurs have won all five of their PL matches without Harry Kane this season. They last lost without the England striker featuring against Manchester United back in October 2017.

There have been 110 goals scored in AFC Bournemouth’s PL matches this season, more than any other side in the competition (F49 A61).

Gerard Deulofeu has been involved in 14 goals in all competitions this season, scoring nine times and providing five assists. He has averaged a goal involvement every 129 minutes, the best ratio of any Watford player.

Marc Albrighton has been directly involved in five PL goals against West Ham, scoring once and getting four assists, more than against any other side. He has scored or assisted a goal in all three of his top-flight away matches against them.

Diogo Jota has had a hand in nine goals in his last seven PL home matches, with six strikes and three assists. He has only failed to score or assist in one of those fixtures, against Newcastle United.

Ayoze Perez has been involved in five goals in his last six PL home matches for Newcastle, scoring four and assisting another.

Anthony Martial has scored in his last three PL matches against Everton. The last Man Utd player to score in four straight matches against a single opponent was Wayne Rooney against Hull City in November 2014.

Having drawn this season’s reverse fixture 2-2, Crystal Palace are looking to avoid defeat in both league meetings with Arsenal in a campaign for the first time since 1979/80.

Eden Hazard has scored nine goals in 17 Monday matches in the PL, more than any other Chelsea player. He netted a brace in his last Monday match against West Ham United earlier this month.