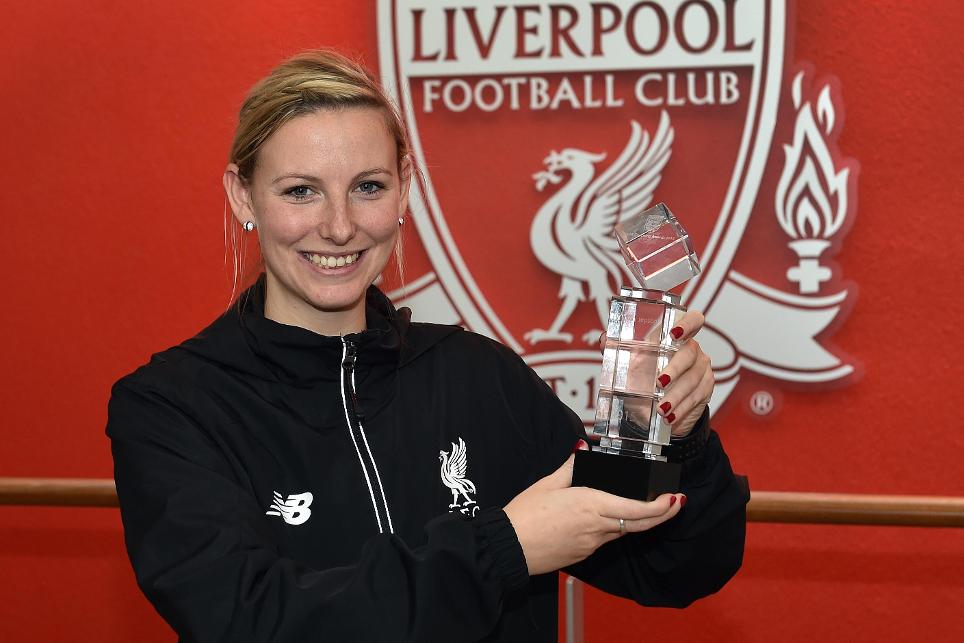 Behind the Badge: 'Jurgen wanted to know about my coaching history' External Link

As part of FA Girls' Football Week, where thousands of young women get the opportunity to try the game, one Liverpool coach has described the part she plays in promoting the sport.

Vicky Jepson is a coach at Liverpool FC Foundation on the Premier League Girls Football programme. Her remarkable journey since joining the club in 2009 and her dedication to the game led to Jepson being named FA Female Development Coach of the Year in December.

"I have played football from a very young age," Jepson told premierleague.com. "I started at grassroots level and progressed all the way through. I love football that much that I thought about how else I could be involved as well as playing.

"I started to work for Liverpool's community department and it grew from there, eventually getting a job at the club. They have inspired me and pushed me to get better."

For the last three years Jepson has delivered the PL Girls programme, which offers the sport to females aged 11 and over through more than 80 professional clubs. It helps to develop a sporting habit as well as providing opportunities for girls to take the game further.

"The PL Girls programme is vital," she said. "For the Women’s Super League and the England Women’s team to be better we need more girls involved in the game.

"It's not just about finding talented players, it's about growing the awareness of the women's game. It engages girls in sport and it doesn't matter at what level.

"We work in deprived areas where kids don't really have much so them having a sense of belonging in the sport is just of the many positives.

"It means a lot to me because I know if I am putting in loads, then it will filter through the club in a positive way."

Jepson's work in the women's game was recognised recently with a meeting with Liverpool first-team manager Jurgen Klopp at the club's training base to talk about her role.

"Meeting Jurgen Klopp was great," Jepson said. "He really wanted to know about the women's game and my coaching journey and we shared stories. It’s an experience you can only dream about.

"I can't believe how far I have come. It's overwhelming sometimes with the people I have met, winning awards, but the main reward for me is seeing people progress, at grassroots or the elite level. I feel really privileged to work on different strands within the women's game."

See: Behind the badge - 'Jurgen wanted to know my coaching history'