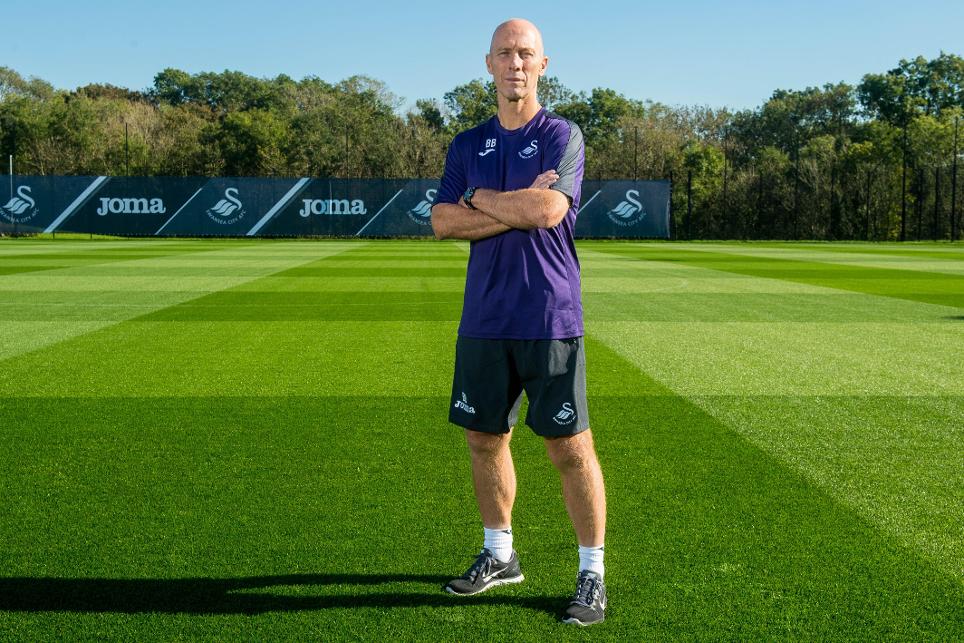 Bradley: Everybody has a big role to play External Link

New Swansea City manager Bob Bradley will become the first American to manage in the Premier League next Saturday at Emirates Stadium, but what should we expect from the new man in charge at the Liberty Stadium?

Having followed his career from from Major League Soccer to Norway and Egypt via a successful reign with the United States, NBC Sports Lead Soccer Writer Joe Prince-Wright gives the low-down on a manager he describes as "the founding father of the US soccer coaching community".

PL.com: Why is he a good appointment for Swansea?

Joe Prince-Wright: When you hire Bob you hire the full package. He's got so much experience in Major League Soccer and in European football and in international football. What he always brings to his teams is a sense of stability.

Swansea will be hard to beat and defensively very organised. He'll take them back to basics and he'll add that steely determination that he's known for in the US. He's the ultimate professional in the way he prepares his teams and analyses the opposition.

How would you describe his style of management?

Swansea will still play with style but there'll also be a lot of substance there.

He likes to play with two holding midfielders, very similar to Leicester City under Claudio Ranieri. He plays 4-4-2 a lot or 4-2-3-1 and doesn't really vary from that. On the counter-attack they'll be very good. Maybe they won't do as well as Leicester! But that's the style of play he likes.

He's a good motivator. He's one of the best man-managers there is. He lives and breathes for games. He's from New Jersey – a very strong community in the US that’s produced Claudio Reyna, Jozy Altidore, Tim Howard. One of his biggest strengths is his ability to galvanise the team. As an American be brings a real positivity to all situations.

The one word I'd use to sum him up is dedicated.

"He likes to play with two holding midfielders, very similar to Leicester City under Claudio Ranieri."

What are his main strengths and weaknesses?

The only weakness that some people may say is that he hasn’t had any experience in the top leagues in Europe, but within that he's also had some very good players to work with over the years: Clint Dempsey, Landon Donovan and so forth.

In the past people have said his teams are maybe a little too defensive but right now with Swansea's situation I think that'll be really good.

He gets the best out of his players. You speak to the likes of Stuart Holden and they all say very good things about him.

He's a very clever man. He went to Princeton University, graduated from there, and became a head coach. He's really good at getting the best out of the group he has. He's had a shoestring budget at the clubs he's been at so far and really difficult circumstances to work in but now he's going to have a higher calibre of player at Swansea.

How was the reaction Stateside when the news broke?

We all get the sense in the US soccer community that it's all been building up to this point. He started his career in the early '80s and he's been relentless since then. This is his big opportunity.

I spoke to managers in MLS and the likes of John Harkes, the first American to play in the Premier League, and there's a real sense of pride that he's flying the American flag.

"There's a hope he can open up doors for other Americans in the future."

There's a hope he can take the success he's had elsewhere to the Premier League and maybe that can open up doors for other Americans in the future.

Bob Bradley is kind of the forefather, the founding father of the US soccer coaching community. He's the leader who's gone elsewhere in Europe and had great success whether it be in Egypt, Norway, France and now hopefully with Swansea.

Bob's looked up to as a huge figure. He's been inducted into the US Soccer Hall of Fame. He took the USA to the final of the Confederations Cup and in that run they beat Spain when they were on 35-game unbeaten spree. He's done a lot to get to this point. Whoever you speak to no-one has a bad word to say about him.

Will his experience at international level help?

It's bound to. It's different to the club environment but he's a coach who has taken the US – a country on a small scale in terms of international football – to the last 16 of the 2010 FIFA World Cup finals when they only lost to Ghana in extra time. Those experiences have only helped him.

He left the national team and went to Egypt then to Norway and then to France. He's set out to try new experiences and he's not scared to do that. He's applauded for doing that. Knowing Bob this is only the start.

What about the other US coaches hoping to follow in Bob's footsteps?

Jesse Marsch is doing a wonderful job at New York Red Bulls. He's a disciple of Bob's, played for him at Princeton and was assistant of the US national team.

Now that MLS is 20 years old you're getting former players who are now coaches. You've got that experience of two decades playing in the league and then coming back and having great success. People are following in the footsteps of Bob.

What is your prediction for Bradley's first Premier League match, away to Arsenal next Saturday?

Away from home he'll have a plan but it'll be dictated by what he sees from his players in the next week or so of training. His teams are very solid and suited to counter-attacks. One of his philosophies is, 'how can I get the ball forward as quickly as possible?' That's not long ball that's just being direct.

He likes to get the ball wide and into the box. With someone like Fernando Llorente up front at Swansea he could be a really good focal point for their attack.

It couldn't get much tougher but I think they can get a good result. Swansea have had some good ones away to Arsenal so maybe it's a lucky ground for them and maybe it can be a lucky start for Bob.