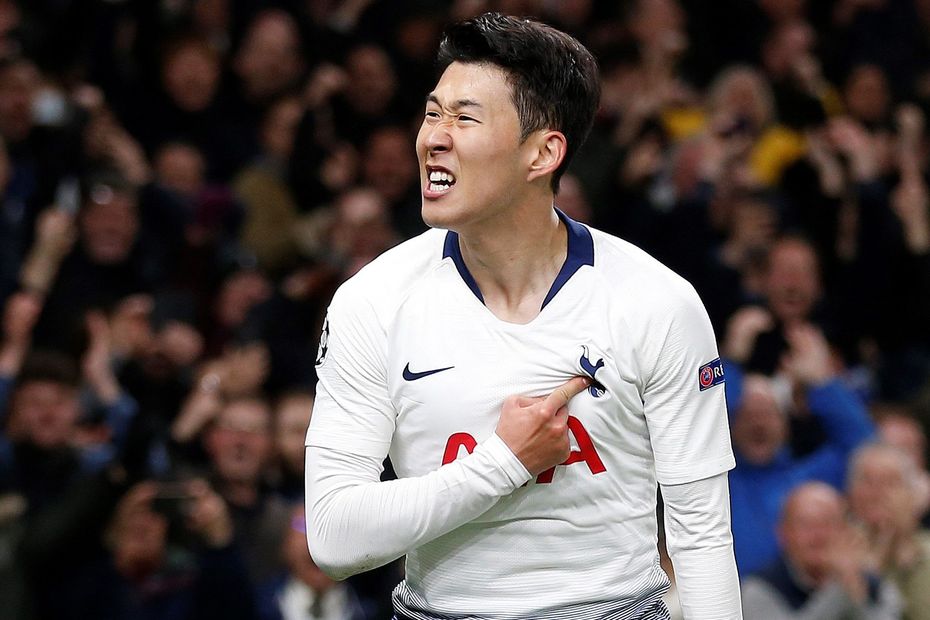 The scorer of the first Premier League goal at Tottenham Hotspur Stadium six days earlier, Son was the home hero again, firing the winning strike under the body of Ederson in the 78th minute.

The South Korean's winner came shortly after Kane went off with an ankle injury after a challenge from Fabian Delph.

In the first half, Hugo Lloris saved a penalty from Sergio Aguero as Mauricio Pochettino's side denied City an away goal for the return match at the Etihad Stadium on Wednesday 17 April.

Mauricio on @HKane: "It doesn't look good, but we need to check over the next few days. It's so painful." #UCL ⚪️ #COYS pic.twitter.com/ToKBPNBikd

Keita and Firmino strike for Liverpool

Liverpool won 2-0 at Anfield in the first leg of their last-eight tie against Porto.

Naby Keita built on his first Premier League goal in Friday's win at Southampton by putting the Reds 1-0 up in the fifth minute.

Roberto Firmino tapped in Trent Alexander-Arnold's centre on 26 minutes to give them a two-goal lead going into the return leg at Porto's Estadio do Dragao on 17 April.