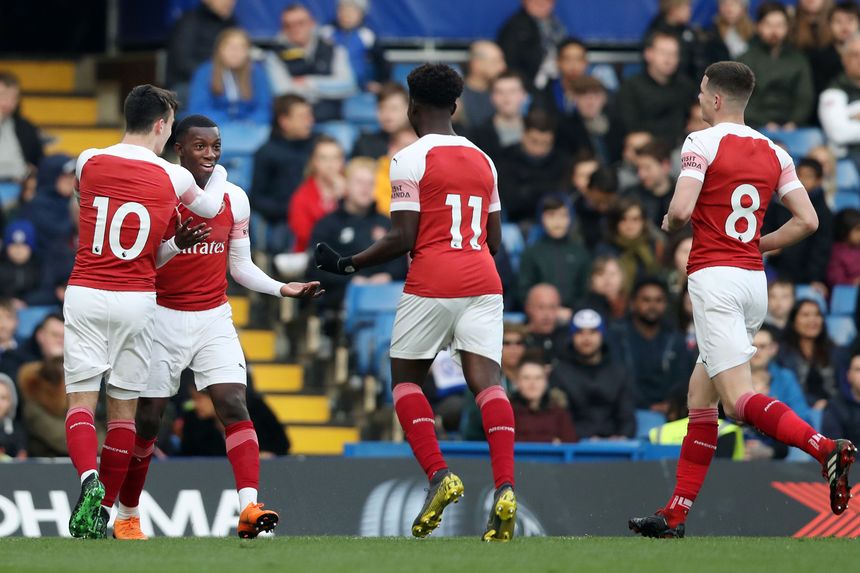 Nelson back on the scoresheet for Hoffenheim External Link

The 19-year-old took his tally to nine PL2 goals this season with a double in the opening half-hour.

Carl Jenkinson added a third goal for the visitors, before Daishawn Redan pulled back a consolation seven minutes from full-time.

The victory was Arsenal's third in a row, and extended their unbeaten league run to eight matches.

They are in fourth position, behind third-placed Liverpool on goal difference and one point adrift of second-placed Brighton & Hove Albion going into the final day of the season.