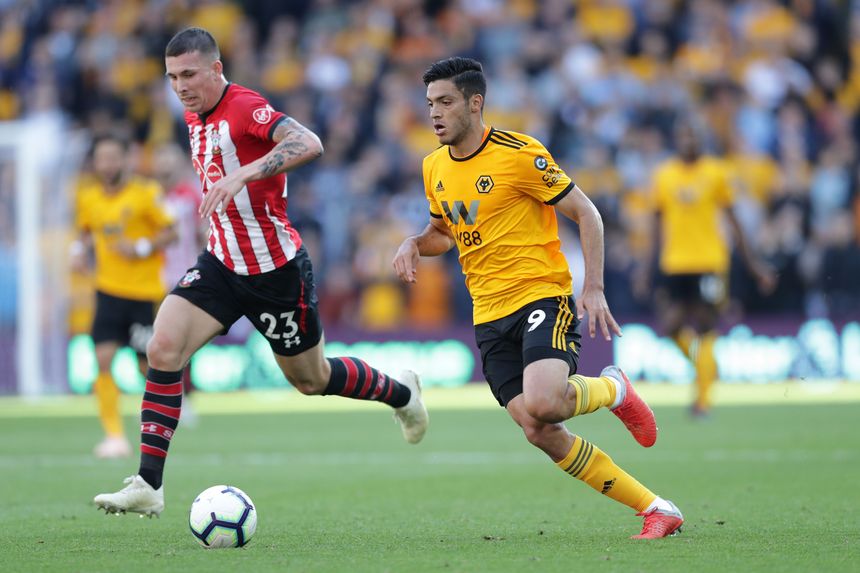 There are just five Gameweeks remaining in 2018/19 and many Fantasy Premier League managers are planning to play their Wildcard to profit from the upcoming schedule.

And eight teams have a Double Gameweek 35, including six of the top eight in the Premier League.

The Scout takes a look at some of the standout options across the positions.

His all-round contribution has helped the Mexican to third spot among FPL forwards.

Jimenez has 12 goals and 10 assists in an outstanding debut season for Wolverhampton Wanderers.

Indeed, he is one of only three strikers, along with Sergio Aguero (£11.8m) and Alexandre Lacazette (£9.4m), to reach double figures for both goals and assists.

His remaining schedule gives Jimenez the platform to bring in more points for his 32.8 per cent ownership.

Wolves have six matches still to come and are the only Double Gameweek 35 side to play at home on both occasions.

The arrival of Ole Gunnar Solskjaer as Manchester United manager has transformed the England international’s potential in Fantasy.

Rashford has scored seven of his 10 goals this season since the Norwegian’s first match in charge in Gameweek 18.

The underlying statistics show why. Indeed, Rashford’s total of 49 shots on goal during that period is ranked third among all players in FPL.

The Red Devils play six matches over the run-in, including a Double Gameweek 35 against Everton and Manchester City.

And with encounters against Huddersfield Town and Cardiff in the final two Gameweeks, Rashford looks set for a strong finish to the season.

Crucially, Brighton’s pair of matches in Gameweek 34 are both at home, with AFC Bournemouth and Cardiff the visitors.

And Murray has been far more reliable at the Amex Stadium this term. He has scored seven of his 11 goals in home fixtures.

Owned by just 2.8 per cent, he offers a short-term differential option as the Seagulls look to secure their Premier League safety.