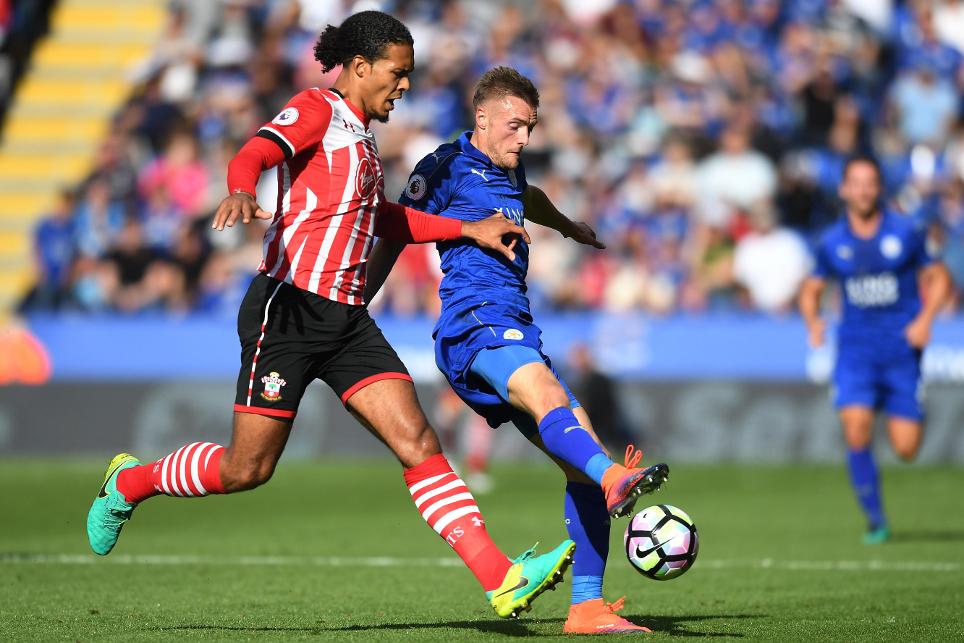 Virgil van Dijk (£5.4m) was awarded the maximum bonus after steering Southampton to a sixth successive shut-out across all competitions.

The Dutchman registered a score of 33 BPS thanks to a commanding display. He produced nine clearances, blocks and interceptions (CBI) and as many recoveries, in addition to completing 85% of his 85 passes.

Schmeichel made five saves, helping the home side to a third clean sheet in four Premier League fixtures in front of their own fans.

The visitors claimed the top three spots in the ICT Index.

Steven Davis (£5.3m) registered the best of a modest set of scores having been awarded 8.0. The busy midfielder fired in two shots - both from inside the penalty box - and also produced a couple of key passes.

Pierre Emile-Hojbjerg (£4.4m) also created two scoring opportunities, supplementing this with a pair of completed crosses and a shot on target.

Charlie Austin (£6.3m) was ranked first for ICT Threat with a score of 54.

The Saints striker managed four attempts from inside the box, producing two efforts on target.

Leicester City have now conceded only once at the King Power this season and host Crystal Palace, West Bromwich Albion and Middlesbrough in their next three home encounters.

Trips to Chelsea and Tottenham Hotspur in the upcoming three Gameweeks may deter initial investment, though, with Claudio Ranieri’s men conceding on 10 occasions on their travels already - more than any other side.

Although the Foxes defence continues to impress in front of their own fans, Riyad Mahrez (£9.2m) and Jamie Vardy (£9.8m) once again failed to earn points.

Mahrez now has one assist in six outings and Vardy has two goals in the first seven Gameweeks. Over 14,000 FPL managers have sold Vardy since last Friday's deadline, with 11,000+ parting company with the Algerian.

Southampton have earned three successive Premier League shut-outs, though their resilience will be put to the test with clashes against Manchester City, Liverpool and Chelsea in the next five Gameweeks.

The display of Austin - who netted five times in his previous four in all competitions - will encourage the 34,000+ FPL managers who drafted him in last week.

Only Zlatan Ibrahimovic (£11.5m) managed more close-range attempts up front in Gameweek 7, by five shots inside the box to four.