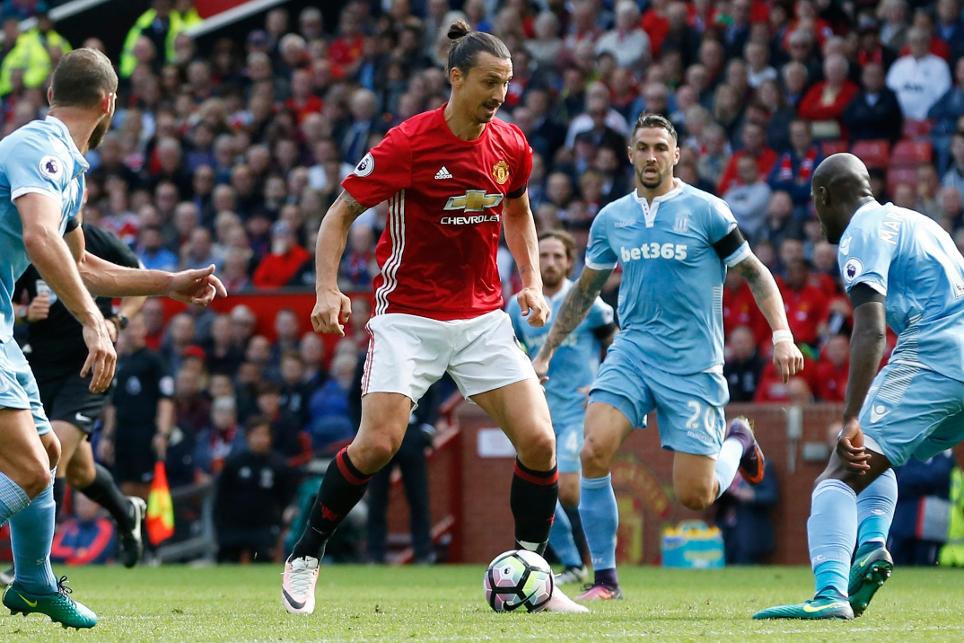 On a day which saw Manchester United's attacking players frustrated by a stubborn Stoke City, it was a pair of Jose Mourinho's defenders that topped the Fantasy Premier League Bonus Point System (BPS).

Bailly made 12 clearances, blocks and interceptions (CBI) and won five tackles on his way to 29 in the BPS.

Blind's 94% pass completion, along with four key passes, helped the Dutchman register a BPS score of 27.

Two heroic Stoke City performances were recognised in the BPS as goalscorer Joe Allen (£4.8m) and stopper Lee Grant (£4.0m) both shared a total of 24.

Grant made eight saves in a defiant display - more than any other goalkeeper in Gameweek 7.

Zlatan Ibrahimovic (£11.5m) was the runaway leader in the ICT Index for this match, thanks to a Threat score of 135 - the biggest total of any player in Gameweek 7.

Despite being denied by Grant's reflexes, the Index recognised the Swede's efforts as he scored 17.7 overall.

Ibrahimovic recorded eight efforts on goal, five from within the Potters' penalty area.

He has now produced more attempts and efforts on target than any other player in the Premier League. Ibrahimovic subsequently heads the Index for Threat on 511 - some 87 ahead of his nearest rival, Chelsea's Diego Costa (£10.0m).

In another all-action performance, the Frenchman fired six efforts on goal and created four opportunities for team-mates.

With only a single assist in his last three Gameweeks, Ibrahimovic has been unable to keep pace with rival FPL assets and continues to shed owners at an alarming rate.

Statistics may point to Ibrahimovic as the Premier League's most threatening striker but, with trips to Liverpool and Chelsea up next, the Swede has been sold by another 68,000+ since Friday's deadline.

Pogba's improvement warrants monitoring but he remains a peripheral FPL asset given the competition for midfield spots in our squads.

If anything, it is now Stoke City that deserve attention as their schedule begins to brighten considerably.

The Potters face fellow strugglers Sunderland, Hull City and Swansea City over the next three Gameweeks, in a vital spell of fixtures.

Joe Allen has emerged as a potential budget option as he continues to thrive in a No 10 role.

Lee Grant is now providing a new budget option in goal, with Jack Butland (£4.8m) thought to face at least another month on the sidelines.

At just £4.4m, left-back Erik Pieters is also seemingly back in favour, with Glen Johnson (£4.8m) presenting greater attacking potential for those willing to commit the funds.