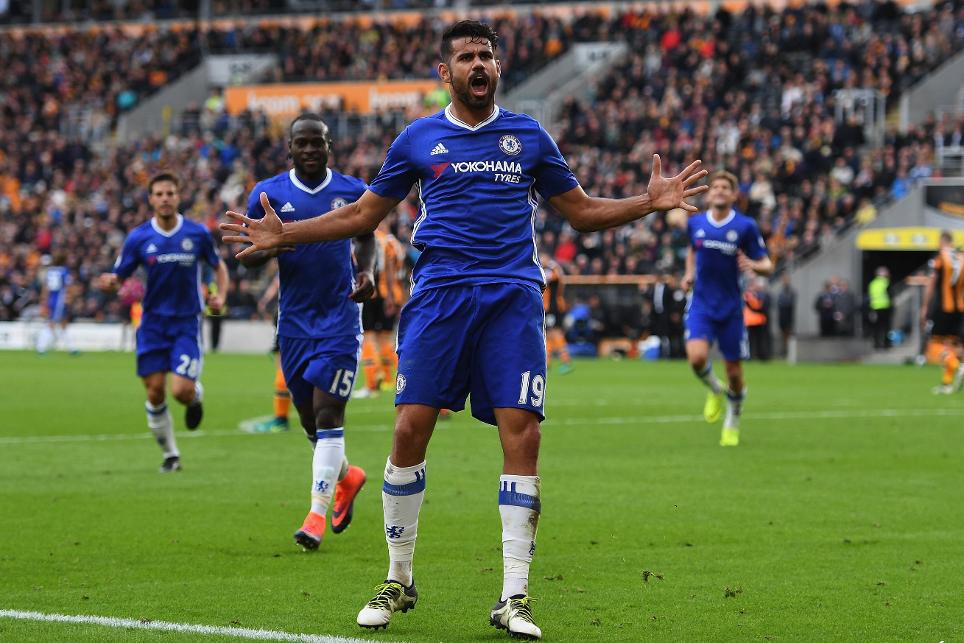 Diego Costa (£10.0m) collected the maximum bonus, thanks to a score of 40 in the Bonus Points System.

The Chelsea striker bagged a goal and assist against the Tigers, supplementing this with five recoveries and three clearances, blocks and interceptions (CBI).

Willian (£7.3m) was awarded two bonus points with 32 in the BPS. The Brazilian fired the opener in addition to making eight recoveries and a pair of successful dribbles. He also completed 81% of his 49 passes and four of his 14 crosses.

Cesar Azpilicueta (£6.0m) picked up a single bonus point. Stationed on the right of a back three, the versatile defender registered two successful tackles, three recoveries and five CBI as Conte's defence earned a first clean sheet since Gameweek 3.

Chelsea claimed the top six spots in the ICT Index.

Costa sat at the summit with a score of 16.1. He produced four attempts on goal, with three inside the penalty area, and created a trio of scoring chances for team-mates.

Handed a role as a left wing-back, the Blues' summer signing produced five attempts on goal and four key passes in an impressive attacking display.

With three shots inside the box, Alonso was ranked joint-top with Costa for ICT Threat with a score of 58.

Costa has now scored or assisted in six of the first seven Gameweeks and continues to thrive as the focal point of Chelsea's attack.

Would-be investors should be aware that Costa is only one booking short of a single-match ban, having collected four cautions already.

Eden Hazard (£9.9m) failed to make an impact once again, managing a single attempt on goal and not creating any chances for the visitors. An ICT Index score of 3.3 was his lowest of the season.

The Belgian has now drawn blanks in four successive outings.

After seeing his side lose back-to-back encounters against Liverpool and Arsenal, Conte opted for a change of tactics on Humberside.

This resulted in Branislav Ivanovic (£5.9m) being dropped to the bench, with Moses taking up the right-flank role.

For the hosts, both Abel Hernandez (£6.0m) and Tom Huddlestone's (£4.9m) starts now look in question.

The duo dropped to the Hull City bench for the first time this season as Mike Phelan shuffled his pack and handed starts to Markus Henriksen (£5.4m) and Dieumerci Mbokani (£5.5m).