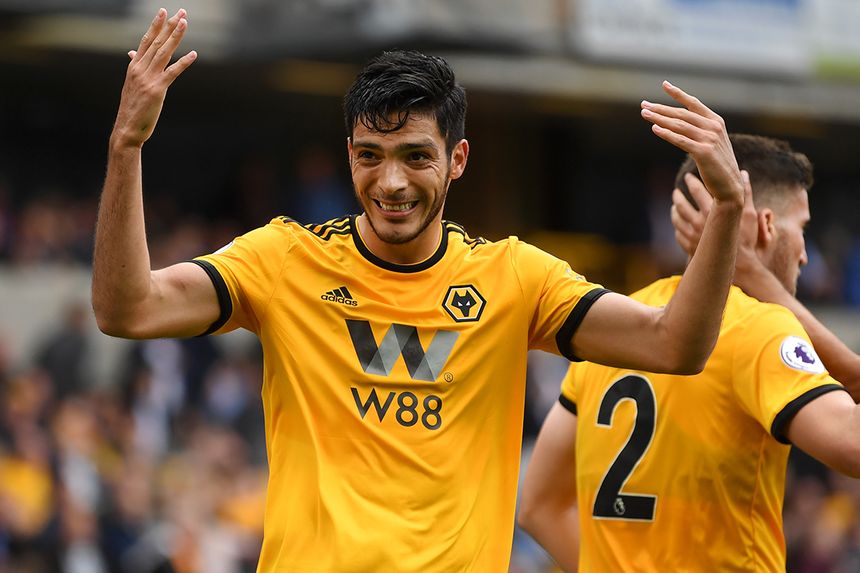 Jimenez: I want to make my own history with Wolves External Link

Wolverhampton Wanderers have announced that they have exercised the option to make the loan signing of Raul Jimenez from Benfica permanent.

The striker, who joined on a one-year loan agreement last summer, will sign a four-year deal to keep him in the West Midlands until 2023.

Jimenez, 27, has enjoyed a successful first season in the Premier League, equalling Wolves' season scoring record by returning 12 PL goals and weighing in with seven assists.

The Mexico international's contribution has helped Wolves, who were promoted last season, establish themselves as a Premier League force as they sit in seventh place in the table.

"The impact Raul has made during his short time at the club has been fantastic and we're delighted that he'll be part of the club's long-term future," Wolves sporting director Kevin Thelwell told the club's official website.

"From the second he walked through the door, he settled straight into the group, and that reflects in his performance, with Raul providing assists and overall selfless performances, as well as obviously goals."