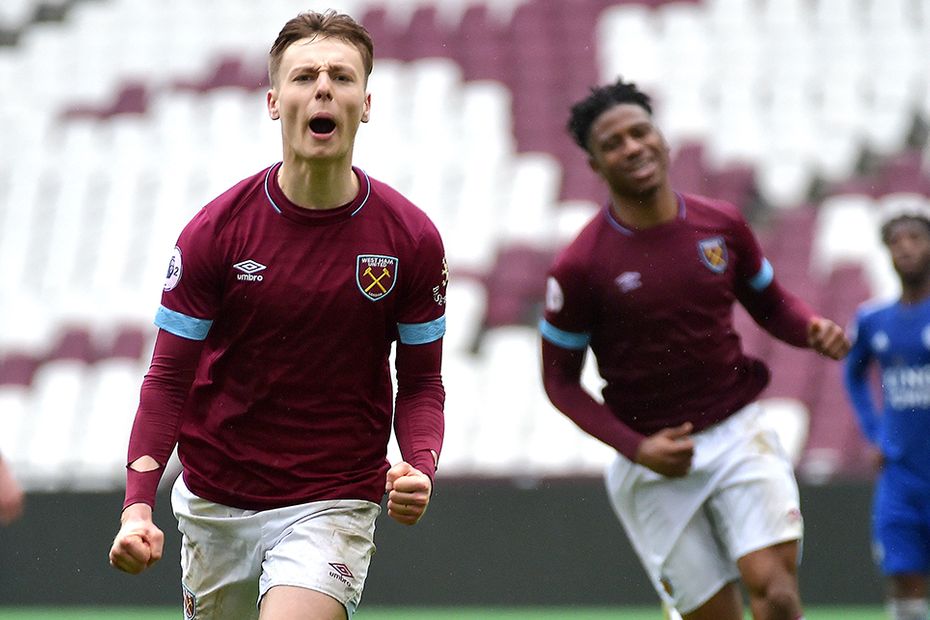 West Ham United secured a vital 1-0 win against Leicester City as they moved out of the Premier League 2 Division 1 relegation zone.

The decisive goal of a tight contest at London Stadium arrived from the penalty spot on 76 minutes when Hammers winger Dan Kemp was fouled by Kiernan Dewsbury-Hall.

Kemp, a nominee for March's PL2 Player of the Month, stepped up to take the spot-kick and sent Leicester goalkeeper Viktor Johansson the wrong way.

West Ham are now in ninth place, ahead of Blackburn Rovers and Tottenham Hotspur on goal difference. The bottom two of the 12-team league will be relegated to Division 2.