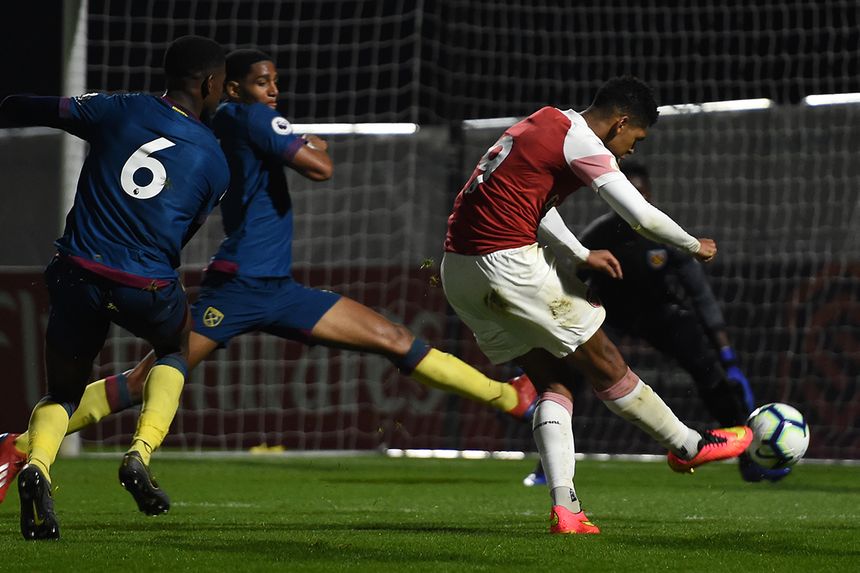 The 18-year-old struck three minutes before half-time with a powerful near-post effort after the visitors lost possession inside their own penalty area.

Arsenal withstood some late pressure from the Hammers, with Nathan Holland and Ben Johnson going close, to make it six league matches unbeaten.

West Ham's defeat leaves them on 19 points in 11th place, one of two spots in the relegation zone. They are three points adrift of safety with three matches left.

Arsenal move up to sixth, with 28 points.