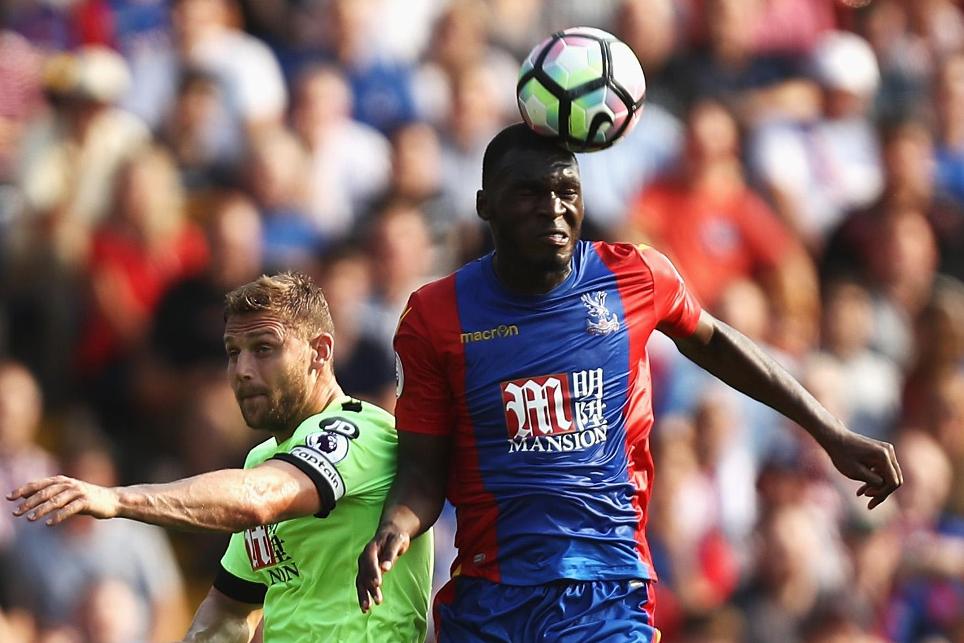 'Just Be Yourself Yannick' External Link

Ahead of Crystal Palace's visit to Everton on Friday night, Adrian Clarke looks at the fixture's tactics, saying the delivery of the sides' wingers will be one point of note in the Goodison Park encounter.

This fixture pits the division's two most prolific crossers against each other. If neither are shackled effectively we could be in for a very entertaining affair.

Since joining from Newcastle United, Andros Townsend has made an immediate impact at Selhurst Park.

Although predominantly left-footed, his ability to beat defenders on the inside or outside leaves opponents unsure over which direction they should look to guide him.

That uncertainty, coupled with a willingness to use both feet, has bought him the space to unleash a steady stream of crosses and shots for Palace.

As shown in the table below, the 25-year-old has been Palace's most effective attacker from open play.

Jason Puncheon has created 22 chances in total, in excess of Townsend's nine, but the vast majority were set-plays.

The winger can be frustrating. He has lost possession more times than anyone else in the division this term (125) and is also the most-tackled player (24), but his positivity and creativity have compensated for that, handing Alan Pardew's side a vibrant new dimension.

There is one additional and surprising statistic to note.

Townsend has not landed a single cross on the head or feet of Palace's record signing Christian Benteke. Once that pairing clicks, Palace should expect their goals tally to rise further.

Townsend's predecessor at Palace, Yannick Bolasie, has also been in excellent form for his new side.

Adding width, power and pace to an Everton side who were in need of these ingredients, Bolasie has been an exciting outlet.

With fellow newcomer Idrissa Gueye feeding him regularly (23% of the passes Bolasie receives are from the Senegal midfielder) the 27-year-old has whipped 34 crosses into the box from open play in just 373 minutes of action for the club.

An impressive 10 of those have also reached a team-mate.

In terms of end product Bolasie is making terrific strides under Ronald Koeman. It will be fascinating to see how he fares in this reunion with his former club.

There was disappointment last weekend when Everton delivered a lethargic display at AFC Bournemouth, but until then Koeman's team had looked far more structured than during a disappointing 2015/16 campaign.

Playing with greater aggression, taking fewer risks inside their own half and keeping their shape distinctly better, it has been noticeably harder for opponents to open up the Toffees.

Of the Premier League goalkeepers who have played all 540 minutes, only Fraser Forster and Thibaut Courtois have made fewer saves than Maarten Stekelenburg's nine.

Last season Tim Howard and Joel Robles were more than twice as busy per match when keeping goal for Everton.

Throughout pre-season Koeman experimented with a three-man defence but just 135 minutes into the campaign he dispensed with it, reverting to a more familiar 4-2-3-1 formation.

The players look more comfortable with it, and his summer signings have all made a subtle difference to the way they defend as a team, too.

For example, Bolasie’s directness and willingness to stay wide has meant there has been less emphasis on Everton’s full-backs piling forward at will.

Ashley Williams has slotted into the back four seamlessly, taking fewer risky decisions than the departed John Stones.

And in central midfield the outstanding Gueye has broken up play magnificently, making 34 tackles, eight more than anyone else in the Premier League. In addition, Gueye looks after possession with greater care too.

With those elements and Koeman’s focus on retaining shape obvious, it is no surprise Everton are defensively stable.

The consistent nature of Everton's average-position maps from their last two home matches (below) highlights how well drilled the manager has them.

In effect they play with six outfielders whose primary job is to lay a firm defensive foundation, and there is very little deviation from that, week to week.

Inside the opposition half, wide men Kevin Mirallas and Bolasie’s average positions are only seen infield because they are given the freedom to swap flanks whenever they see fit, but it is remarkable how alike both matches were.

Even without Scott Dann, who is an injury doubt for Friday, Palace manager Pardew will know his team holds an advantage over Everton in the air.

In Damien Delaney, James Tomkins and Benteke, the Eagles boast three outstanding players in the air, so if the ammunition is accurate they will present a significant threat inside the area.

Everton are not the biggest side. No member of Koeman's back four or central midfield unit is above 6ft (182.9cm), and, with Benteke lurking inside the penalty area, that could spell trouble for the home side at Goodison. His two headed goals have added four points to the Eagles' tally.

In just four starts for his new side Benteke has won 25 aerial flick-ons (3rd highest in the league) and 33 aerial duels (4th) so his team-mates would do well to gamble on picking up second-ball knockdowns from the 190cm-tall Belgian.

This is a tactic I expect Palace to adopt more and more as the season rolls on.

While fellow Benteke's Belgium forward Romelu Lukaku is also a formidable physical presence for Everton, Koeman do not use him in the same way. The Everton striker wins just 1.6 aerial duels per match, compared with Benteke's 8.5.

On the back of three straight wins Palace are scoring goals and brimming with confidence.

The early-season data indicates they are very much a team on the rise. Passing the ball more accurately, having extra touches and possession, winning additional tackles and posing more of a goal threat, everything points towards an upward curve.

However, it should be noted that Palace have only picked up points against teams who languish in the bottom half of the table.

Even though Palace have a terrific record in this fixture, winning three of the last five at Goodison, they will still be underdogs.

In many respects these two sides mirror one another. They both have target men, they both love to attack down the wings, and formation-wise they share clear similarities.

It is in central midfield that I would give the Toffees the edge.

While James McArthur and Joe Ledley are playing well, Palace are still waiting for Yohan Cabaye to deliver on his potential.

The same could be said of Ross Barkley in the No 10 role for Everton, but based on what we have seen this season the Englishman is still more likely to have an influence on this contest.

Everton’s progress owes a lot to the superb form of their central midfielders, Gueye and Gareth Barry. They are a hard-working, compatible, well-balanced pairing who have shone in all but one contest in 2016/17.

If they exert as much control as in recent weeks, laying a solid base for the forwards to shine, a home win feels the most likely outcome.