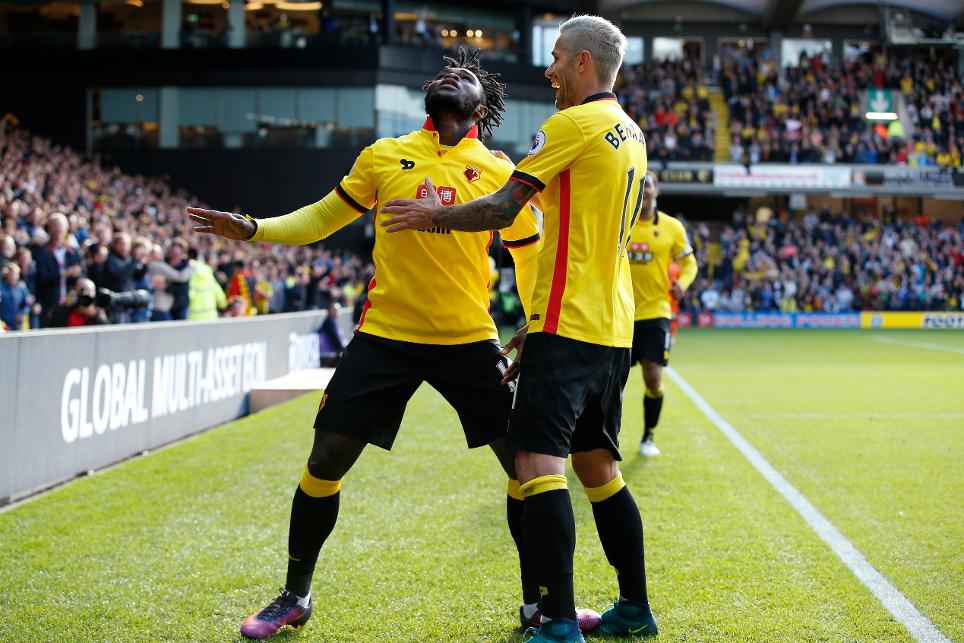 Watford twice came from behind to salvage a 2-2 draw at home to AFC Bournemouth.

Callum Wilson broke the deadlock in the 31st minute, directing Junior Stanislas' cross underneath Heurelho Gomes, and after the break a pulsating affair caught alight.

Having fired just over with an acrobatic effort moments earlier, Troy Deeney equalised for the hosts on 50 minutes when he turned in Nordin Amrabat's centre.

AFC Bournemouth re-took the lead on the hour-mark, when Joshua King struck from distance seconds after replacing Jordon Ibe.

But Watford refused to be beaten and levelled for the second time thanks to Isaac Success's maiden Premier League goal - the final decisive act of the day as Jack Wilshere struck the post with a golden opportunity late on.