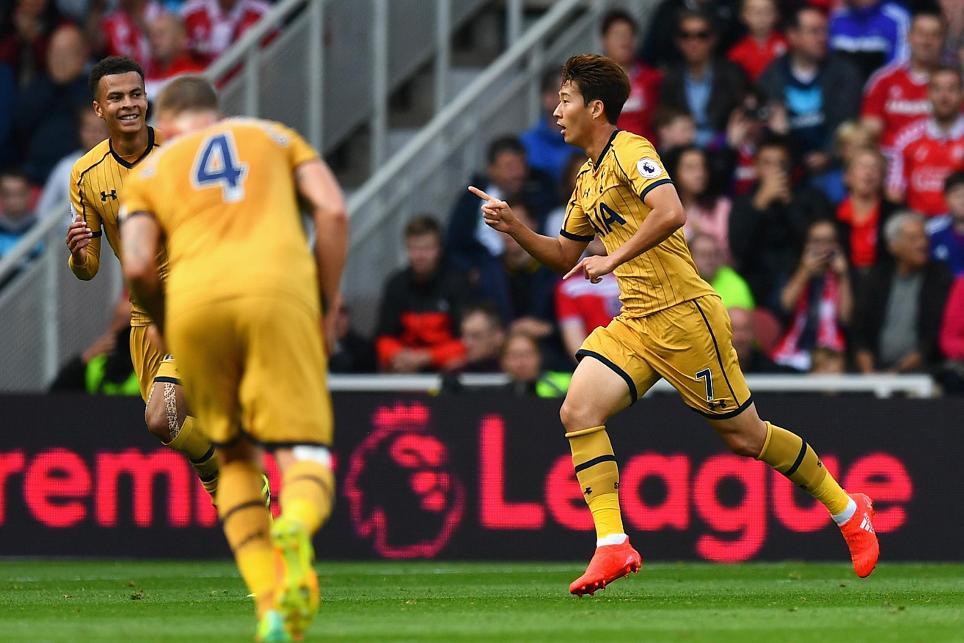 Son: "I want to do even better" External Link

Karanka: We Must Build From Second Half Performance External Link

Son Heung-min's (£7.5m) match-winning display at Middlesbrough earned him a total of 54 in the Fantasy Premier League Bonus Point System.

The South Korean maintained his exceptional early-season form by claiming a brace – his second in the last three Gameweeks.

Despite suffering defeat on Saturday, Middlesbrough fared well in the BPS at the Riverside Stadium.

Defender Ben Gibson (£4.5m) claimed a pair of bonus points via a score of 28 after providing Boro's second-half goal.

He made seven clearances, blocks and interceptions (CBI) and completed 92% of his 42 attempted passes.

Son's performance propelled him towards the top of the ICT Index with 19.8 – the second-highest score in the Gameweek so far.

With 14 touches inside the penalty area and four efforts on goal, three of which came from inside the box, Son was the most threatening player on show.

Son has now registered an ICT Index score of 17.8 or more in all three of his Premier League starts in 2016/17.

Team-mate Christian Eriksen (£8.3m) was his nearest rival in the Index at the Riverside.

The Dane scored 11.1 after producing four efforts on goal, two from inside the box, on his way to a Threat score of 53.

Son's weekend display has been quick to catch the eye of Fantasy Premier League managers, with more than 51,000 drafting him in already ahead of Friday's 7pm BST deadline.

Elsewhere in the Spurs midfield, Erik Lamela (£7.0m) has now failed to start the previous three league fixtures and despite some impressive cup appearances, looks to have fallen behind Son in the pecking order.

Vincent Janssen (£7.8m) supplied an assist on his second Premier League start of the season.

Although the Dutchman looks a secure starter for as long as Harry Kane (£10.8m) remains injured, the upcoming schedule may deter many from investing in Mauricio Pochettino's charges.

Following their showdown with top-of-the-table Manchester City on Sunday, Spurs then face Leicester City, Arsenal and Chelsea in the subsequent six Gameweeks.

For Boro, Aitor Karanka handed loan signing Calum Chambers (£4.4m) a first start of the season in the 2-1 home loss, with Daniel Ayala (£5.0m) dropping to the bench.

Alvaro Negredo (£6.6m) continues to struggle for form up front. The Spaniard had played from start to finish in the first five Gameweeks but was replaced before the hour-mark by Jordan Rhodes (£5.5m) as the hosts chased a way back into the match.

Still owned by 23% of FPL managers, Negredo has dropped £0.3m in price over the last two Gameweeks after having drawn blanks in each of the last four outings.