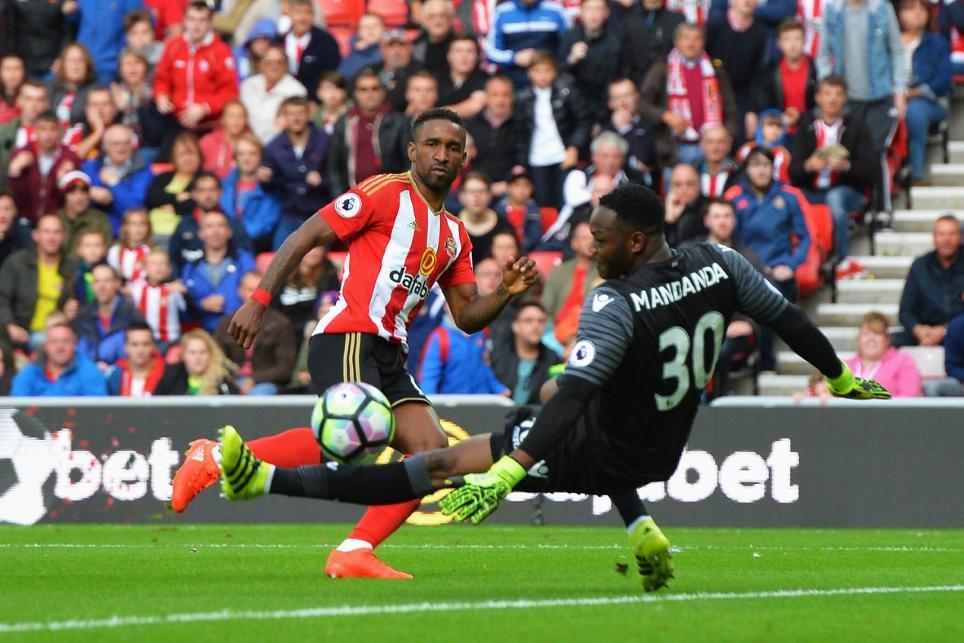 After scoring twice v Crystal Palace, Sunderland striker is best value of all forwards in Fantasy

The striker scored 46 in the Bonus Points System (BPS), scoring twice and contributing with five recoveries.

Three Palace players picked up additional points at the Stadium of Light.

The midfielder also completed 85% of his 41 attempted passes and produced seven recoveries in a dramatic comeback victory.

Ledley netted Palace’s first goal in the 3-2 victory and made six clearances, blocks and interceptions (CBI).

Defoe’s well-taken brace ensured he also finished top of the ICT Index, scoring 14.3 at the Stadium of Light.

He fired six attempts on goal, with four coming from inside the box, and managed three shots on target – more than any player in Saturday’s encounter.

The winger created eight scoring opportunities for his team-mates and also supplied three completed open-play crosses and 15 successful passes in the final third – more than any Palace player on all three counts.

Puncheon’s score of 98 in the ICT Creativity was top for the Gameweek.

He now tops the overall Index for Creativity with a score of 333 over the season, having created more chances than any other Premier League midfielder (22).

Benteke earned third spot thanks to an impressive performance leading the Eagles attack.

The summer signing had eight attempts on goal, with seven arriving inside the penalty area from 16 touches in the box. He has now scored twice in four appearances since arriving from Liverpool.

Palace’s victory was all the more impressive given that they were without key pair Scott Dann (£5.5m) and Wilfried Zaha (£5.4m).

Substitute Zeki Fryers (£4.5m) emerged from the bench to supply an assist and with Pape Souare (£4.4m) a long-term absentee, he will rival Martin Kelly (£4.4m) for the left-back berth ahead of the Gameweek 7 trip to Everton.

He stands joint-second in the forward rankings with Manchester United's Zlatan Ibrahimovic (£11.6m) and top for value with an average score of 5.1 points per million.

The striker will look to add to his tally in the Gameweek 7 home clash with West Bromwich Albion, which is followed by a trip to Stoke City.