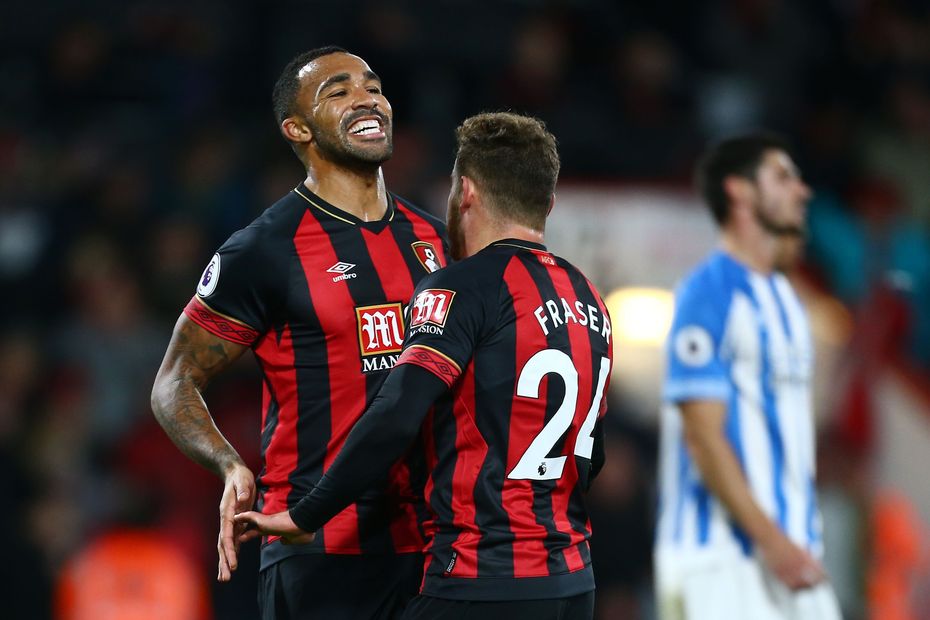 The returning Callum Wilson clicked immediately with Ryan Fraser in AFC Bournemouth's victory over Huddersfield Town on Saturday as the pair resumed a profitable relationship.

They linked up for both of the goals, with Fraser setting up Wilson for the opener, before the roles were reversed for the second strike in the 2-0 away victory.

It was an all-too familiar story for Huddersfield, given that exactly the same thing happened in December's reverse fixture.

Again, Fraser assisted Wilson for the first goal before his team-mate returned the favour in a 2-1 win on the south coast.

The two Cherries have combined for a total of nine goals this season, Wilson scoring five of those and providing the assist for Fraser on the other four occasions.

Their symbiosis has left them in illustrious company alongside other notable partnerships from years gone by.

Indeed, if Eddie Howe's deadly duo combine once again at home against Newcastle United on Saturday and reach double figures, they will move into the top six for the most goals and assists ever shared between two players in a single Premier League season.

They would move level with Robbie Fowler and Stan Collymore, who laid on 10 goals for each other at Liverpool in 1995/96, and Dennis Bergkamp and Nicolas Anelka, who emulated that feat with Arsenal in 1998/99.

With eight matches left, Wilson and Fraser could yet break the all-time record of 13 goals set by Alan Shearer and Chris Sutton during Blackburn Rovers' title-winning season in 1994/95.

"I just think [Callum] knows by now where I'm going to put the ball," says Fraser. "I think he knows what I'm going to do.

"He knows sometimes when I check back, when I don't check back. He'll read my body movement, which all great strikers do.

"I just put the ball in and he gets the goals. But it was nice for me to get a goal as well."